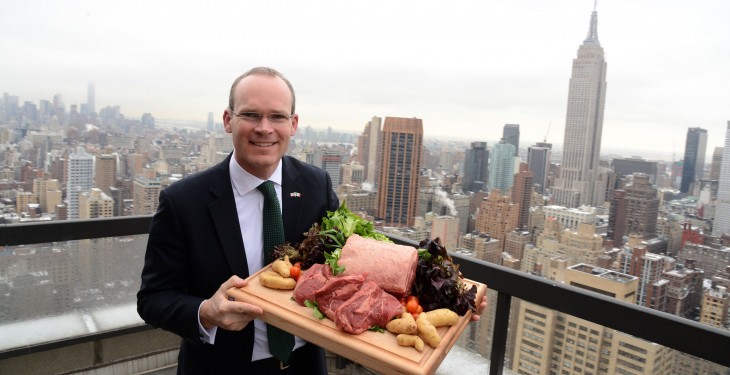 The Minister for Agriculture Simon Coveney has plans for three more trade missions this year which will take him to three different continents.

The February mission coincided with the launch of Irish beef on the US market it involved 16 meetings in three major cities over four days.

The trip included meetings with major multinational investors and potential investors in Ireland and with a major US premium retail outlet, with trade in high quality Irish food products, including beef, firmly on the agenda.

There was also a significant political agenda, with the Washington leg including meetings with the Deputy Secretary of State for Agriculture, Krysta Harden, and a number of key influencers in the US Senate on agriculture and trade issues, and key negotiators in the upcoming Transatlantic Trade and Investment talks.

In November, the Minister also plans to return to China following a successful trade mission to the worlds most populous nation in late 2014.

China lifted its ban on Irish beef earlier this year the announcement follows on intensive political, technical and diplomatic engagement with the Chinese authorities over several years.

Minister Coveney has said that a significant breakthrough was made on the trade mission last November when that involved Irish leading beef companies. Recent weeks also saw a visit by the Chinese Premier to Ireland which included further talks on Irish beef and a farm visit.

Finally, in late November, the Minister plans to lead a further trade mission to West Africa.