Minister: ‘I cannot instruct factories to give more for bull beef’ 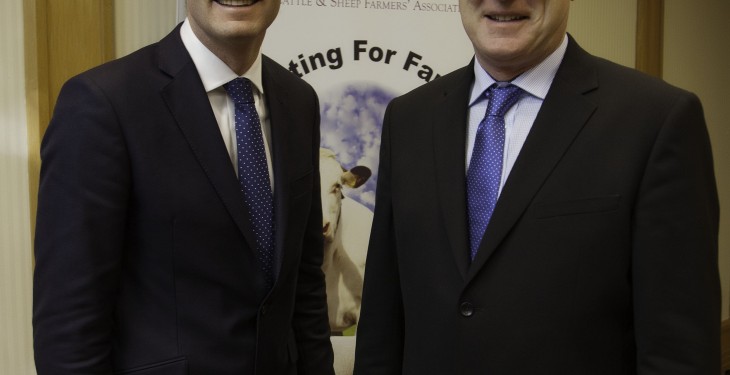 Minister for Agriculture Simon Coveney came under fire on a range of issues at the ICSA Ireland agm in Dublin this week.

The current crisis in bull beef was high on the agenda, with farmers raising concerns for the future of the industry.

He added: “Having said all that a lot of farmers were encouraged to go down the route of bull beef. What has happened here is that farmers who anticipated that they would be able to sell their animals cannot get the money they were looking for. I cannot instruct factories to give you more for bull beef.”

Live exports were also on the minds of farmers at the event. On this matter Minister Coveney said his department is doing more to encourage live exports.

“Last year there was a dramatic increase in terms of live exports. Exports to the UK is not as straight forward as you might think. It’s not just a problem with the ferries not carrying roll on roll of livestock either. The factories in the UK are not looking for live Irish cattle.”

He stressed: “There is a significant labelling problem in the UK. If you bring an Irish animal for slaughter there is an issue as to whether that animal is an Irish or a British animal. There is confusion there and UK consumers will pay more for British beef in some instances than Irish beef. This is a genuine issue. But I would like to see this as an option going forward. But farmers shouldn’t assume there will be great demand for it in the UK.”

ICSA members at the event were also keen to highlight a perceived lack of recognition from the Government for the organisation itself, particularly in the appointments to state boards. In response the Minister Coveney said: “In order to put ICSA member on state boards I would have to create extra positions. I speak on regular bases to ICSA. I do recognise this organisation that’s why I am here.”