Milk replacer: What should I be looking for?

The calving season will soon be starting and with that comes the feeding of calves. Many farmers may find it more cost-effective to feed milk replacer, rather than whole milk.

Milk replacer has the added benefit of calf health, while also avoiding possible contraction of Johne’s disease in calves. Regardless of whether you feed whole milk or milk replacer, providing the calf with energy and protein is critical to support and maintain their normal bodily functions.

What should you look for in a milk replacer?

This is the next generation of cows you are feeding and getting them off to the best possible start will have benefits when it comes to hitting target weights. The days of picking up the first bag of milk replacer you see in the local co-op are over.

According to Animal Health Ireland (AHI), the only legal requirement for declaration in calf milk replacer is that ingredients have to be listed in descending order of inclusion. As a result, it’s almost impossible to accurately assess the quality of a milk replacer from the label.

How soon can milk replacer be fed?

Once calves have received 8.5% of their birth bodyweight in colostrum within two hours of birth, there is no difference in their weight gain pre or post-weaning when compared to calves fed colostrum and four feeds of transition milk before moving on to milk replacer, Teagasc says.

This suggests that in well-managed systems, where the transfer of disease may be an issue, milk replacer can be offered immediately after colostrum feeding. However, the 1,2,3 rule must be strictly adhered to. 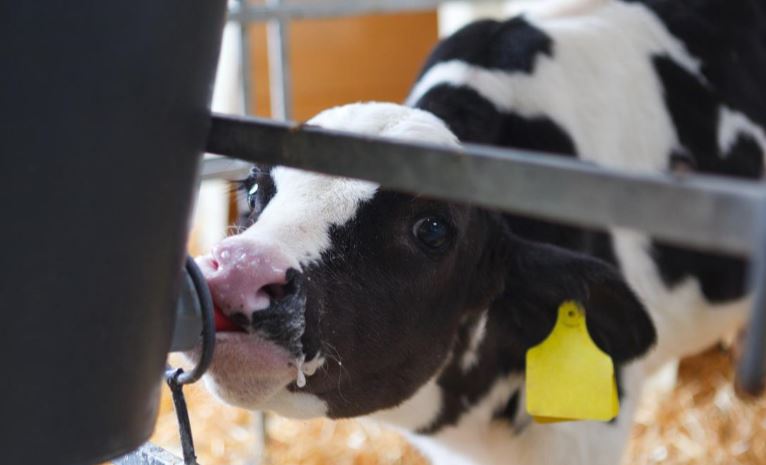 Replacer is generally fed at 125g of powder to 875ml of water, which gives a solids content of 12.5% to the ‘mixed’ milk. However, this recommendation will vary between manufacturers and, given this, it’s important to adhere to the manufacturer’s instructions.

With this mixing rate in mind, a farmer feeding calves 6/L per day – under a twice-a-day feeding system – needs to mix 5,250ml of water with 750g of powder.

Below is a list of sample prices for spring 2021.

What is Johne's disease?