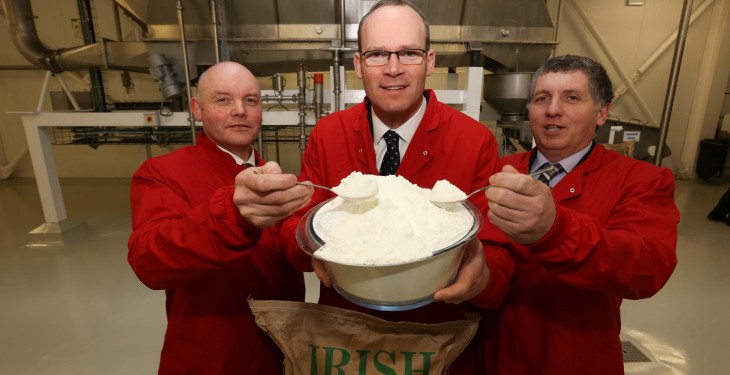 More milk is being processed into powders and butter according to the European Commission’s latest outlook.

It says between January and July 2014, the production of SMP has been 20% above last year, driven by higher milk availability but also by very good export demand (+60%) especially from Algeria and China which absorbed 35% of exported volumes.

The outlook says the remainder of the year, SMP production is expected to increase further because part of the milk initially processed into cheese for Russia will be channelled to the production of SMP and butter, storable products eligible for intervention and private storage.

In 2014, SMP production is therefore forecast at 1.3 million tonnes, 18% above last year. The increase is expected to continue next year at close to 8%. Given that domestic consumption in the EU is rather stable, any additional quantity produced is to be exported or stored.

As mentioned above, exports have been very high in the first months of the year. Russia is not a main customer for SMP, and the ban therefore has a minor impact. Despite the slowdown in Chinese purchases, significant volumes could nevertheless find their way to China. But most of all, the reduction in EU SMP