Recovery in the milk price is helping drive an improvement in the fortunes of Northern Ireland’s farming sector, according to agri-bankers.

Richard Ramsey, Ulster Bank’s chief economist NI, said that – financially – 2017 was a “very positive year” for farming in the region with almost all of the sectors experiencing a boost.

“Total Income From Farming (TIFF) surged by 82% in real terms,” he said.

“This is double the average of the past 20 years, after accounting for inflation. And when we look at farm-level incomes – stripping out subsidies – there was a rise of over 50% in the 2016-17 financial year.

“A further increase of around 73% is expected in the 2017-18 financial year just ended, according to the figures from the Department of Agriculture, Environment and Rural Affairs.

“It is also a positive story when we look at gross output. Overall – taking into account the various sub sectors such as dairy, livestock and pigs – there was a 17% increase from 2016; double the rate of growth in input costs.

This was driven in large part by the recovery in the dairy sector, which saw output rise by 46% in monetary terms due to an increase in the price of milk.

“Northern Ireland’s farming industry is dominated by the dairy sector, so the strong recovery in this part of the industry has a big effect on overall performance.

“As the fortunes of farmers have improved, particularly in the dairy sector, we are seeing significant demand for investment in land, free range egg units, dairy farm investment and pig finishing units.”

Dairying: ‘We have lost the plot in Northern Ireland’ 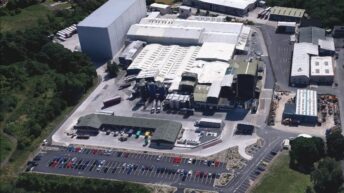