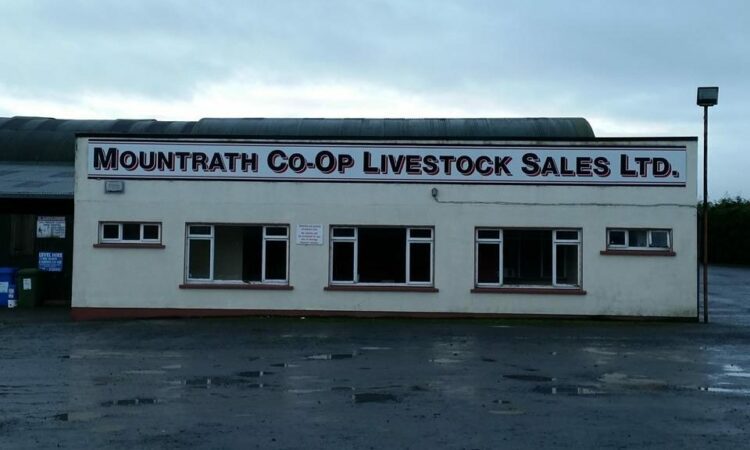 A mart in the midlands has ceased trading as of today (Wednesday, January 9), it has been confirmed.

The mart – Mountrath Mart in Mountrath, Co. Laois – has announced its decision to close.

Staff were informed of the decision at 11:00am this morning with no previous notice; a show and sale was in the process of being arranged when the news broke.

It is understood that the mart is closing due to rising costs and insurance premiums going forward.

There are no debts on the mart and the co-operative has funding to keep going but it was decided by the co-op committee that due to spiralling costs, trading is no longer viable.

The price of insurance has risen four times in the last four years, with €2,000 spent per week in overheads before any trading could commence. This, coupled with the fall in value of cattle going through the pens, meant that the business is not sustainable going forward.

With the mart currently in a position to do so of its own accord, the committee decided to call it a day before being put on the back foot, a mart representative told AgriLand.

The news of today’s closure follows on from the news that marts across Ireland have begun mobilising to address rising insurance premiums across the board.

Letters will be issued to all managers this week by Donegal Livestock Mart manager Eimear McGuinness as she endeavours to gather everyone together to discuss the matter in more detail.

In the letter, McGuinness says that most marts throughout the country, regardless of claim history, have seen a rise in their insurance premiums and one of the fundamental problems was the lack of competition in the market.

“We are proposing that as a sector we need to help ourselves here; there are only 80 or 90 marts in the country and FBD claims they are costing it money due to the number of claims,” McGuinness cites.

FBD was asked by the Public Finance committee last May to show the figures in respect of these claims but, they have failed to do so. They should have no problem in producing the figures to back up these findings.

The north-west mart manager went on to say that extensive research into the whole area was carried out over the past year and following on from that, it was now necessary to ensure the mart sector was protected.