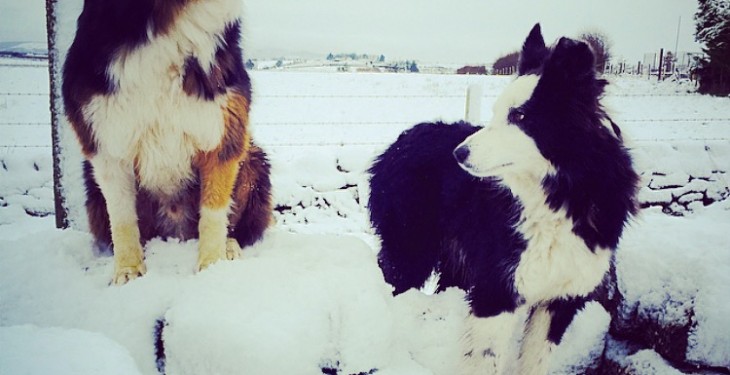 Areas affected include by the wind warning for Donegal, Galway, Leitrim, Mayo, Sligo and Clare while those in Cavan and Monaghan are being warned of occasional snow showers with further accumulations of 2-3cm.

Met Eireann says a spell of rain and sleet will move down across the country tonight from the northwest early tonight, falling as snow in parts of Ulster and Leinster, mainly on high ground.

It says clearer more showery conditions will follow later tonight. Northwest winds will become very strong and gusty for a time, especially in western counties. According Met Eireann lowest temperatures are expected to be 0 to 3 degrees.

Latest forecasts suggest Friday will be cold and breezy, with a mixture of bright or sunny spells and showers.

Most of these showers will be of rain or hail, but with a little sleet too on high ground.

Set to stay cold into next week

Met Eireann says the weather is set to stay cold for the rest of the weekend and into early next week.

Saturday and Sunday will be cold, windy days, with bright or sunny spells and occasional showers. Some of these showers will fall as hail or sleet, with some snow on high ground on Saturday and Saturday night and icy patches also.

Areas most at risk of the showers are coastal counties of the north, west and east, with many other areas having a good deal, of dry weather, with very few if any showers.

Met Eireann says highest temperatures each day will be from 3 to 6 C., and in the stiff north to northwesterly wind, it will feel even colder.

It says temperatures each night will fall to zero or a few degrees below.