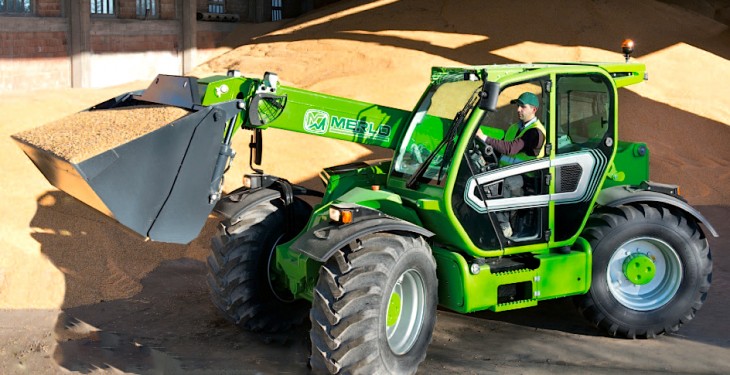 A heavy-duty version of the Merlo Turbofarmer will be launched here early next year by distributor McHale Plant Sales of Birdhill.

Combining the features of a telehandler and tractor in one machine, the new TF50.8T (the letter ‘T’ points to its tilting capability) is powered by a 155hp tier IIIB engine with 135hp output.

Alongside two marginally lower powered models that will also become available next year, the new TF50.8T brings Merlo into a new 5-tonnes market segment where the focus of attention will be the growing number of large contractors and those involved in dairying and beef production.

Amongst its numerous features is Merlo’s own Dynamic Load Control safety system that protects against overloading and their patented MCVTronic and EPD technologies that John O’Brien, sales director at McHale Plant Sales claims will ‘optimise performance, save fuel and improve working efficiency.’