PJ O’Keeffe, a dairy farmer from Co. Kilkenny, has been crowned Macra na Feirme / FBD 2017 Young Farmer of the Year.

The Callan native was selected the winner from a shortlist of six outstanding finalists, at an event in Breaffy House Hotel, Castlebar, Co. Mayo, tonight.

Described as one of the most prestigious awards in Irish agriculture, young farmers involved in all sectors compete for the title on an annual basis.

The competition, celebrating its 19th year, is organised by Macra na Feirme in partnership with the IFA and sponsors FBD. There were prizes for dairy, beef, sheep and the U-23 farmer of the year. Martin Cole, from Carlow, took home the sheep category title; James Greene, from Laois, was the winner of the beef category; and Darragh Barron, a beef farmer, was winner of the U-23 category.

O’Keeffe has been involved in farming since he was a child. He grew up on a mixed enterprise farm; consisting of dairy and beef enterprises.

A number of years ago his parents decided to retire from the business; since then O’Keeffe has overseen a major expansion of the operation focusing solely on the dairy enterprise. He has expanded the herd size almost threefold – moving from 70 to over 300 cows. 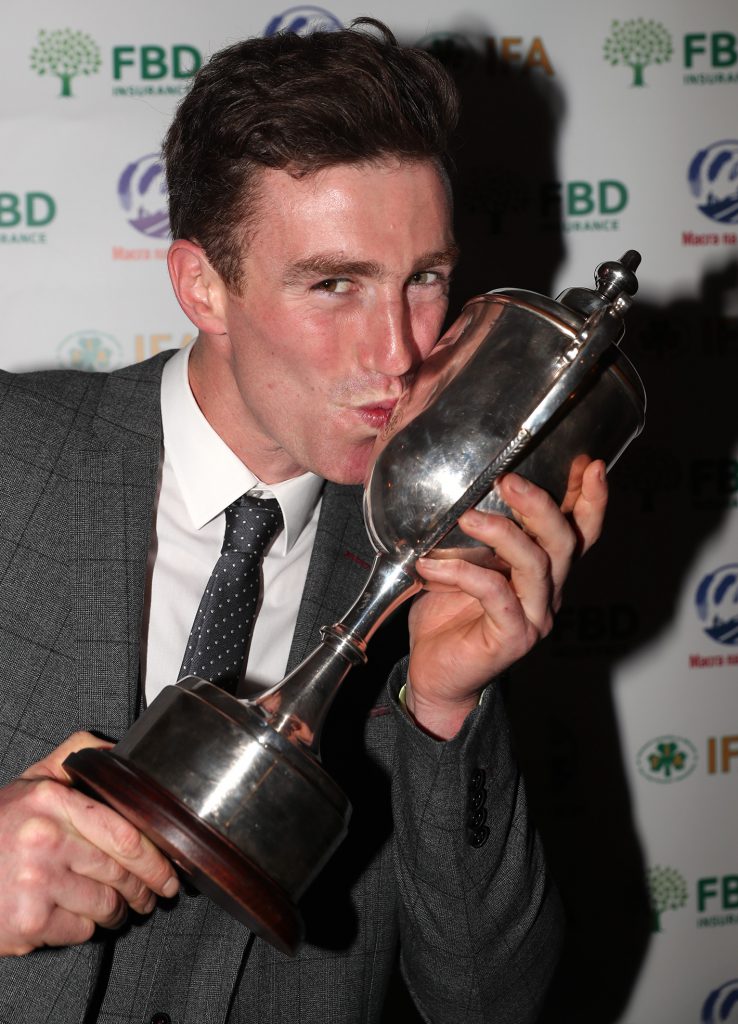 He is considered a very active member of the rural youth organisation at his local club, Callan Macra. O’Keeffe was the 2015 winner of the dairy section of the Macra na Feirme Young Farmer of the Year competition.

Advertisement
The judging panel commended O’Keeffe on his way of dealing with challenges – particularly when it comes to managing labour on the farm. He was praised for his awareness of the environment when it comes to the day-today running of his business. 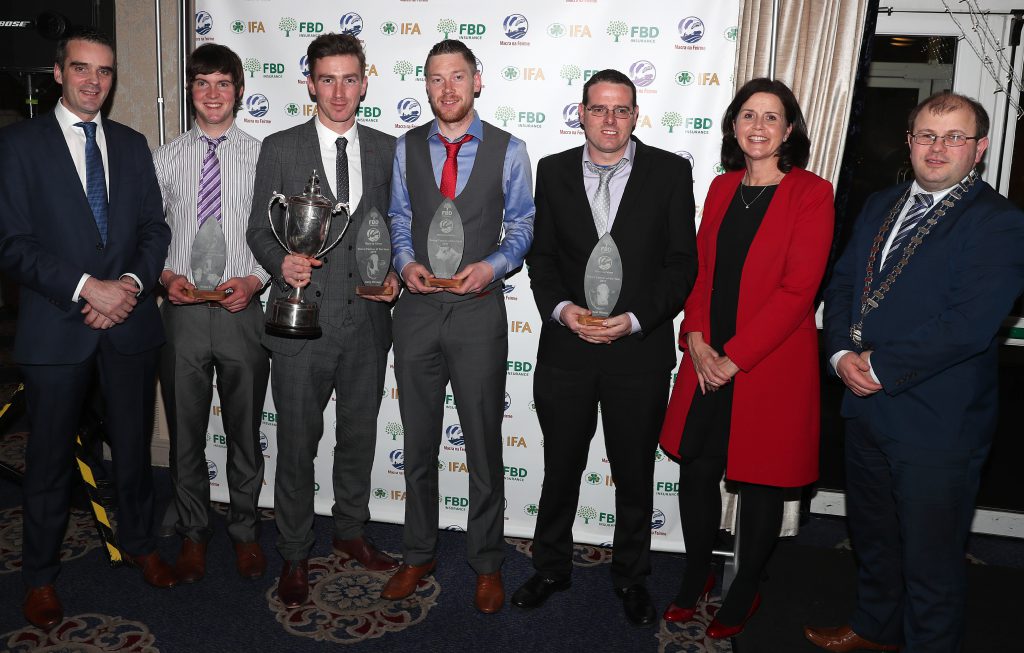 “I’ve loved farming from a very young age. I see people around the room, some who have farms I know inside out. You’ve all been an inspiration to me. They are ‘yes’ people. They come up with an idea and they find a way of doing it; ‘no’ doesn’t come into it.

We all have challenges with regards labour going forward and we all have a part to play. We are some of the most efficient dairy and beef producers in the world; we’re just going to have to start looking after our people, as well as we look after our cows, sheep, and our tillage.

“If we all do that; we’ll be in a good place in 10 years time. I’d like to thank everyone for the opportunity, I really appreciate it,” he said.

Next generation of farming talent

Macra president, James Healy, said: ‘This is one of the most prestigious nights on the farming calendar where industry and farmers come together to recognise and award the brightest and best young farmers in the country. Congratulations to the category winners and to PJ O’Keefe.”

Fiona Muldoon, CEO of FBD Insurance said: ‘We believe the nominees are the next generation of farming talent in Ireland. We know these awards inspire young farmers to take on board best practice; to embrace technology; and to build their businesses for the future.”

IFA president, Joe Healy, praised the calibre of the entrants in this year’s Young Farmer of the Year competition. He said: “The competition has played an important role in helping to focus young farmers on the importance of treating their farms like businesses and staying on top; and in control of, all inputs and outputs.”

6 finalists for Young Farmer of the Year 2017 revealed

FBD YOUNG FARMER OF THE YEAR
LOADING NEXT STORY

Which is the best anti-freeze to use in a sprayer?

ICMSA: No milk recording in eco-scheme ‘a fundamental error’