Calls for a mediator to be appointed to break the deadlock between the Beef Plan Movement, Meat Industry Ireland (MII) and Minister for Agriculture, food and the Marine, Michael Creed, have been made by the Irish Natura and Hill Farmers Association (INHFA).

Commenting on the matter, INHFA president Colm O’Donnell said: “On the one side you have the Beef Plan holding a peaceful protest picketing a number of factories, and MII putting a precondition to suspend the picket prior to the onset of talks.

“Added to this the Minister for Agriculture has offered roundtable talks to the Beef Plan but again conditional on a temporary lifting of the picket, which according to the media is being rejected.

If this is the case then a professional mediator must be appointed immediately to meet all parties and set terms of reference for talks to commence as the current impasse is having a devastating impact on all fronts.

The president said that, by default, sheep farmers have become “embroiled in the dispute”.

This, he said, is particularly the case in the north-west of the country where the highest number of new season lambs are now fully fit for slaughter – and in danger of falling out of factory specification on weight and fat score.

“While these farmers continue to support and respect the picket, as a matter of urgency these farmers genuinely need to have access to the market without delay.

“This is unacceptable given that sheep plants in other parts of the country are unaffected,” he added.

Concluding, O’Donnell reiterated that a mediator needs be put in place “without preconditions to set terms of reference for dialogue to commence without further delay”. 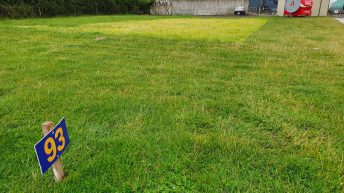