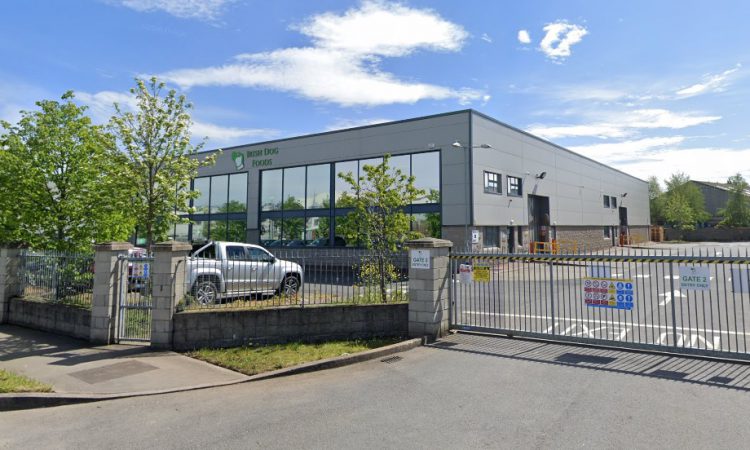 Pre-tax profits last year at a meat processing group – that has had one of its plants shutdown due to Covid-19 cases among staff – declined by 39% to €11.6 million.

Over 50 cases of Covid-19 have been detected among the workforce at the Arrow Group owned Irish Dog Foods plant in Naas, Co. Kildare.

The plant remains shut as a result of the outbreak and new consolidated accounts filed by Irish Dog Foods owner, Arrow Group, show that it recorded the decrease in pre-tax profits in spite of revenues climbing by 7% from €551.8 million to €591.45 million in the 12 months to the end of December 29 last.

The drop in profits was largely as a result of combined non-cash impairment costs of stock and fixed assets along with non-cash amortisation costs totalling €8 million.

The accounts were signed off before the Irish Dog Foods shut-down, but addressing the business impact of Covid-19, the directors of the Queally family-owned, Waterford-headquartered group stated: “We are closely monitoring the potential impact of Covid-19 on our 2020 financial results and cash-flows and have prepared a detailed risk assessment and projection in light of this. Our top priority remains the health and safety of our staff and customers.”

They state: “The group is taking a number of measures to reduce any potential impact, including adjusting capacity to current demand and preserving cash. Measures have been taken to ensure operations adhere to current HSE [Health Service Executive] guidelines.

That the group is well placed to manage the impact of Covid-19 and indeed manage all business risks successfully.

On the group’s 2019 performance, the directors state: “2019 has been a positive trading year for the group, reporting consecutive increases in turnover, which builds on the strong performance on the prior year.”

They state that “the increase is attributable to increased activity with new and existing customers and new product lines across all key markets”.

They further say that: “Underlying profit was impacted by asset impairments recorded in the year. However, the group continues to benefit from positive customer sentiment and an increased market share.”

The directors state that in light of the impact of Covid-19 and Brexit, the group will continue to focus on the control of costs; working capital optimisation; and on “broadening its customer base across all regions”.

The profit takes account of non-cash depreciation costs of €16.8 million.

The group recorded post-tax profits of €9.16 million after paying corporation tax of €2.4 million.

On December 29 last, the group had shareholder funds of €180 million that included accumulated profits of €161 million. The group’s cash pile increased from €17.02 million to €20.06 million.