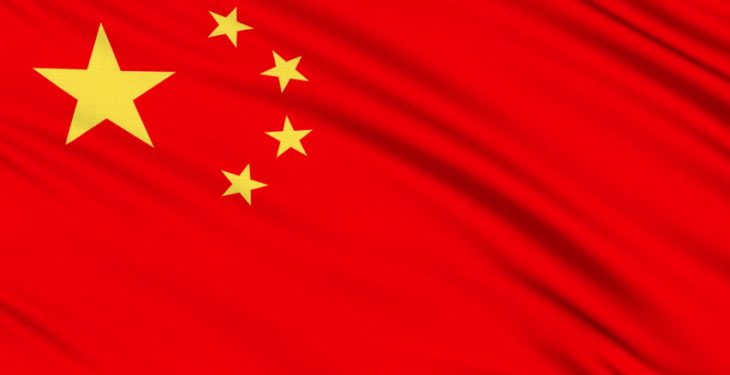 During Bord Bia’s Meat Marketing Seminar – which took place in Co. Kildare yesterday, January 10 – the Chinese market and subsequently African Swine Fever (ASF) – which has wiped out nearly half of the country’s pig herd – were discussed in some form or another during numerous presentations.

This has created an air of optimism here in Ireland, with pig producers experiencing a period of higher prices – mainly driven by the Chinese market.

This optimism stretches into the beef sector, with industry experts predicting that the market could deliver much-needed higher prices for beef farmers on the ground, but not without its challenges. And, to add to this, Bord Bia are optimistic with regard to Irish sheepmeat too.

Ireland is in a good position to feed some of China’s demand for animal protein, with a total of 26 meat plants now cleared to export to the Oriental market.

Speaking at the event, Conor O’Sullivan – Bord Bia’s China manager – informed the 150 people in attendance on certain parts and elements of the market and what strategies Bord Bia have implemented when it comes to the promotion of Irish meat.

Beginning his presentation, he said: “A lot of good news has come from China and there is more good news to come. China is currently adjusting to life with ASF and with that, there will be opportunities for the Irish meat sector.”

Conor made reference to the sheer size of the market, but also highlighted its diversity when it comes to different types of products which wouldn’t be that sought after elsewhere.

However, he also noted that there is a growing demand for products that we would generally sell into other markets, thus leading to better prices.

It is really more than a commodity market; it’s now a value market for us.

At this stage, the negative effects of ASF have been well documented, with many estimating that it will take three-to-five years for China to actually get a hold on the domestic market again.

With that, prices have tripled for pork in China, with prices at both retail and foodservice level increasing by over 50%.

“Over the past 30 years, meat has always been available for consumers, but now there is a proportion of consumers that can’t afford meat anymore and that’s a worry for the Chinese government.

“Inflation is also at an eight-year high – again driven by pork prices. So, since pork prices have really lifted, this has been a top priority for the government, outlining that they will be restoring supply by any means possible,” he explained.

The Chinese government has adopted many strategies to deal with the disease outbreak, including: increasing supplies through imports; spurring on their own production where possible; and implementing measures to keep a lid on prices.

Throughout 2019, there was a 63% growth in import value compared to 2018 levels, with 2020 expected to increase on this again judging by forecasts, Conor said.

This is evident in the increase of Irish volumes, along with more access for South American countries.

“Interestingly, Canada and the US are getting access, which tells you that pork is now a bigger priority than politics to the Chinese government,” he added.

However, with a 25 million tonne gap in supplies, no country in the world has enough meat to fill the gap. Adding to the worries of the Chinese government, China also faces challenges when it comes to importing meat.

“There are issues with containers and how many shipments that can physically be imported, so restoring production is the biggest challenge for them.

“They have come up with a lot of policies to spur production across all meats not just pork – poultry in particular is getting a lot of investment at the moment,” Conor explained, adding that cheap loans and subsidies are available to help domestic production.

However, restoring production is not an easy task. One such region in China which managed to increase production by 4.3% last October, was hit with an ASF outbreak in November – highlighting the devastating effect the disease can have.

As witnessed here in Ireland, there are now opportunities to supply other meat types to the Chinese market. In the Asian country, poultry has become a clear replacement as it has similar levels of affordability and flexibility.

However, beef will also benefit.

“Pork prices are so high that it’s not that much extra to go to beef, so we’ll see over the next year or two that people will get used to having a meal or two with other meats and that will become a consumption change – even when the pork supply returns.

“Consumers are going to have to get used to eating chilled and frozen pork; there is a historic preference for fresh, but this benefits us as frozen suppliers of pork to the market,” the Shanghai-based manager explained.

Touching on challenges and echoing what Justin Sherrard, a global strategist in animal protein at Rabobank, alluded to earlier at the conference, to put downward pressure on prices, the Chinese government release stock from their pork reserve.

“This is done in small amounts adding pressure on prices; this is why we have seen some price volatility over the past number of months,” Conor said.

From the price peak, pork prices have fallen 25-30%, which is somewhat similar for beef prices. Additionally, Brazilian beef prices into China have fallen by over a third.

In a time of uncertainty, volatility also increases.

However, Conor explained that while price volatility exists, these issues are only short-term trends and that the market fundamentals are present.

“But, because of how uncertain it is – and the lack of reliable information – rumours and sentiment have a big impact; this is really why we want to move away from commodities and build a more sustainable, branded position for Irish meat in China,” Conor said.

Pig farmers are currently experiencing a period of higher prices for their produce – driven by China’s demand, and although no real price increase has been evident for beef farmers just yet, a lot of work is being carried out behind the scenes in China.

“Our vision for Irish meat in China is around a value market and we want to capture as much of that value as possible. To do that, we are investing a lot in understanding the market and consumer habits etc.,” Conor highlighted.

“We are targeting high value channels such as the foodservice sector and investing a lot in building the brand of Irish meat as well.

“We are now focusing on the opportunity for individual cuts, for example shin versus brisket. What channel should we be going down? Where are the consumers for that particular cut?

This is the level of insight we want to get to for all of our meat and work with our partners to build that market, capture some of that value and then drive the volume in behind it.

In terms of pork exports, Bord Bia are now looking at adding value to a number of mid-range cuts, while also finding a more stable route to market.

“We are a very small supplier in China’s terms, so we are not looking at the entire country when we do this; we want to focus on a couple of markets that we think have a good fit for Ireland.

“In terms of differentiation, we have now secured European funding of €3.8 million – over the next three years – for pork and poultry in China and Mexico, but a lot of this will focus on pork in China and help us get into second-tier cities and expand our presence across the country.”

In relation to beef products, Conor noted “we have found our niche”.

“We have found a position where our grass-fed beef can be differentiated from the other grass-fed supplies and it is built around the health positives associated with our outdoor production, high food safety standards and high quality.”

He also noted that many chefs in China don’t actually understand beef, so Bord Bia have implemented teaching tools for specific cuts and many regional cooking demonstrations, along with site visits, trade shows and invitations to Ireland to witness our production systems.

“We know our channels; foodservice is the big one in terms of volume and value and we have also looked at Ecommerce – over 100,000 families have bought Irish beef online,” he highlighted.

Finally, in relation to sheepmeat access, the focus is now on understanding opportunities for key cuts and identifying the target market. 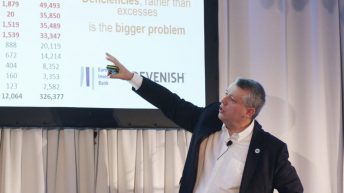