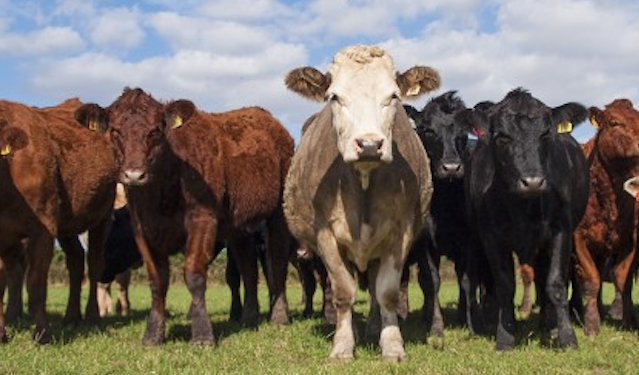 Meat Industry Ireland Director Cormac Healy has denied categorically that Irish red meat processors are acting to subvert the free trade in livestock between the two jurisdictions on the island of Ireland and into the UK, as well as controlling and manipulating producer pricing. He was responding directly to the claims made by an ICOS delegation to representatives from the EU Competition Directorate in Brussels this morning.

Commenting further on the recent publicity given by Meat Industry Ireland to the classification requirements now being specified by the meat factories, he said: “These are not new. As far as I am aware, the vast majority of the current classification criteria were introduced back in 2009. We met the new IFA presidential team back in January of this year and committed, at that stage, to go public with a full breakdown of the classification details. And this is what we have done.

“The classification criteria reflect the commercial conditions which the plants now find themselves working within. The deal is a simple one: and that is to allow processers get the maximum possible return from the market place.”

He went on to strongly refute claims that the strict implementation of the current beef classification schemes will sound the death knell for grass-based beef production in Ireland and that the Irish marts would be greatly disadvantaged during the period ahead.

None of this, however, washes with ICOS and the various farm lobby groups – North and South- represented in Brussels today. Michael Spellman, Chairman of ICOS National Marts Committee said: “Livestock marts provide the only modern day competition to the factories and that is why the factories are attempting to stifle the live trade by placing a stranglehold on live cattle sales in both jurisdictions and on a cross border basis.

“For reasons best known to themselves, Irish owned meat factories have demanded adherence to onerous conditions around the movement of livestock and which have no basis in terms of regulation or quality and no justification on animal welfare or veterinary grounds.”

In its submission, ICOS stated to DG Competition that:

Michael Spellman added: “The factories are levying abattoir fines on livestock even though these livestock are compliant with the relevant regulations in both jurisdictions. Through their ‘conditions’, the factories are interfering with the free trade of cattle in livestock marts where it is common practice, while adhering fully to all animal transfer and traceability regulations, for an animal to be sold from farm to farm as it moves from youth through fattening and onto slaughter. They are seeking to circumvent the marts system which enables free trade between farmers and a true reflection of the value of livestock.

“Frequent livestock transfers are a well understood characteristic of the Irish farm sector, because many smaller farms are not able to take cattle through the full process from birth to slaughter. They sell them on to the next appropriate farm with full traceability.  The livestock marts are the conduit for this live trade between individual farms.  This benefits everyone in the livestock industry and it ensures a fair and open price.”

Last month, ICOS also stated that no Irish-owned factory in Britain will kill Irish-born cattle, which has effectively cut off live trade from Irish marts into Britain.