Dairygold profits rise by a third 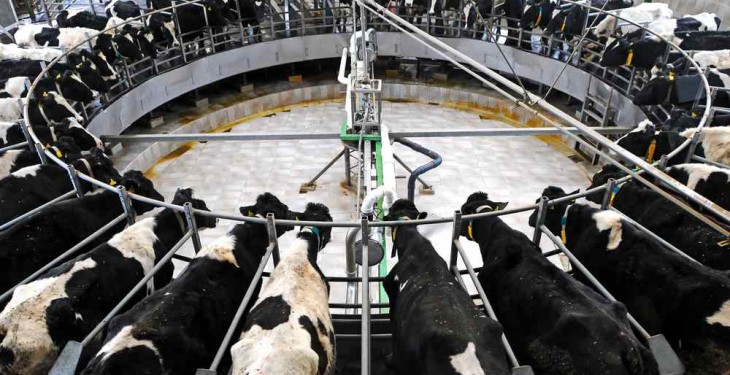 Dairygold has this morning reported a 33% increase in operating profit to €27.3m.

The farmer owned co-operative also saw revenues for the year rise by 16% to over €847m, while the co-op said that milk output was 4% higher at 959 million litres.

Dairygold outlined that this increased volume is seen as a good indicator of its milk suppliers’ desire for expansion.

Dairygold said that its individual businesses all contributed to the improved financial performance. Strong returns from international dairy markets also helped the group deliver a leading milk price to milk suppliers, it added.

Commenting on the results Dairygold’s chief executive Jim Woulfe “The excellent financial results achieved in 2013 represent the continuation of the positive trend of the past number of years.”

“Our strong financial position, combined with a thought out expansion strategy ensures that the Dairygold business is ready for growth. This will be achieved, both organically in a post quota environment and with strategic acquisitions as appropriate,” he added.

Dairygold which is owned by 8,800 members, of which 3000 are milk suppliers and the rest involved in other agri enterprises such as tillage, beef or sheep had a year of two halves.

Woulfe continued: “It was a year of two halves from a weather perspective. The first five months were really bad atrocious weather conditions. But there was a turn in the weather in the month of June and really the second half of the year was almost prescription type weather.”

Addressing the end of milk quotas he said: “In Dairygold’s context our farmers have forecasted that they will increase output by 55-60% over there 2011 base that is a really significant amount of milk and we would anticipate that we will have 550 million more litres of milk to process by 2020.”

On the issue of volatility he noted: “That’s the downside of the abandonment of quotas, because we are going into an unregulated era in simple terms it is world demand that will dictate price. So the balance of supply and demand will really influence returns and I would say volatility is something that is to be taken into the equation very much going forward.”