New Minister for Agriculture, Food and the Marine Charlie McConalogue needs to “get straight to work to address the very real and big concerns affecting Irish family farmers”, according to Sinn Féin TD Matt Carthy.

“Since June, there have technically been five ministers for agriculture as farming communities have been taken the brunt of the chaos that has been the hallmark of this government.”

Congratulating Minister McConalogue, the Cavan-Monaghan TD added: “He needs to get straight to work.

“The distractions of government formation and the subsequent resignations of Barry Cowen and Dara Calleary have meant that there has been a lack of focus for several months on the very real challenges facing Irish farmers.

Since the new government has come into place, there hasn’t been a single opportunity for the agriculture minister to be questioned in the Dáil.

“Irish agriculture is facing unprecedented challenges over the coming months from the prospect of a Brexit fallout, the ongoing coronavirus implications, impending EU trade deals such as with the Mercosur block, and upcoming CAP [Common Agricultural Policy] negotiations.”

Highlighting that the government’s attention needs to be focused on delivering in these areas, and on other policies that protect families and workers, deputy Carthy added:

“Our family farmers need to see policies and measures that will deliver fair prices, a fair CAP and fair play.

“The new minister and the government now need to move beyond the distractions and focus on those issues that matter to our farming families, including facing down the stranglehold of the meat factories and multinational retailers,” deputy Carthy concluded. 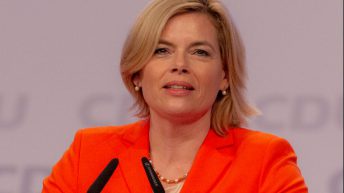