Two female service users at Western Care are availing of a social farming placement on 11ac owned by Fania Ellison outside Newport, Co. Mayo. So successful is the placement which is co-funded by Social Farming Ireland and Healthy Ireland, that is has been extended by five weeks to a 15-week programme.

Fania, who grows vegetables, fruit and flowers as well as tending to willow beds, said she first heard about Social Farming from her cousins who took part in the pilot programme in the border counties.

“I also spoke with Chris Smith who grows organic vegetables and herbs on his farm at Clogher, Westport, another social farming host,” said Fania.

From speaking with them and reading up around social farming, I decided to take part in the training course last summer, and started this placement last October. The programme is co-ordinated in the west by South West Mayo Development Company.

Fania said she was delighted to host two females on the placement.

“Automatically, men seem to be put forward for social farming, so it was great to be able to take on two ladies. A small group came out and it was obvious that this isn’t for everyone – one person said: ‘No, boring’ straight away,” laughed Fania.

The two service users that opted to take part quickly settled in, she said. “The feedback from them and their carers and parents has been so positive. It has been a real journey of discovery. One lady is very demonstrative while the other is very shy so you work with the different personalities.

“We started really gently and I try to follow their lead in what they might like to do and what might be difficult for them. One lady is quite unsteady on her feet but she has got noticeably fitter.

“It is amazing how one day a week can make such a difference. They are very enthusiastic and I have been told that they talk about what they have done quite a lot when they leave.” 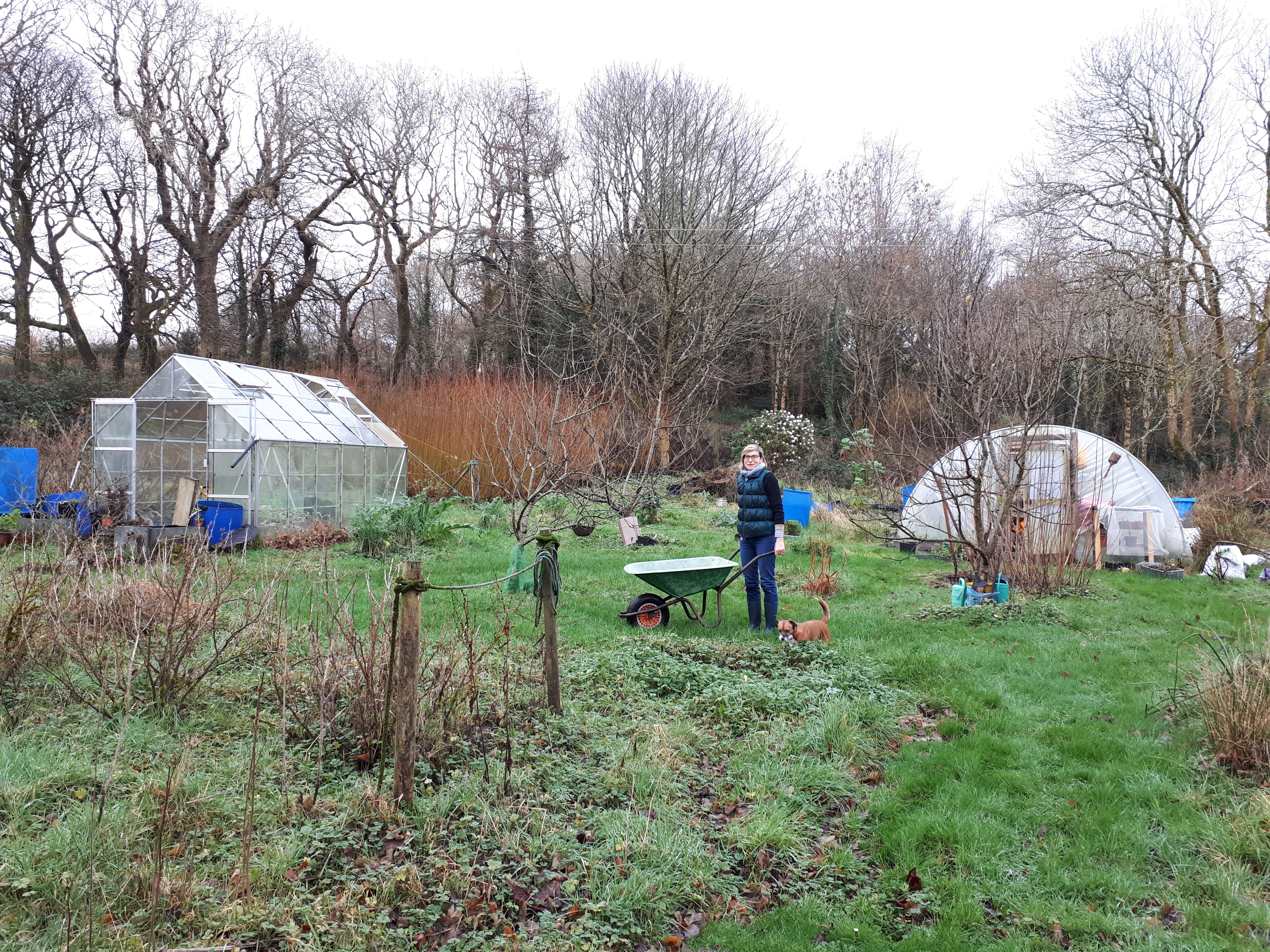 The tasks are varied and range from pruning plants in the conservatory to planting bulbs, cutting back roses, putting compost around plants and planting seeds in the polytunnel.

“You don’t get masses of work done but that’s the nature of the programme. What is really nice is the social element, the chats and the interaction with my teenagers, mum and neighbours. My neighbours joined us in picking up sticks one of the days.”

It’s a totally new experience for the two participants. “One of them had never pushed a wheelbarrow and was so delighted then to be able to do this simple task.

No job takes longer than an hour, whether it’s indoors, in the barn or in the greenhouse. We have great chats around the table during our breaks.

Fania said she finds the programme very worthwhile. “I was amazed during the training to hear all the benefits of working the land and how getting your hands into soil boosts your serotonin levels. I can see that they are more relaxed and it’s quite nice for me too to have the company.”