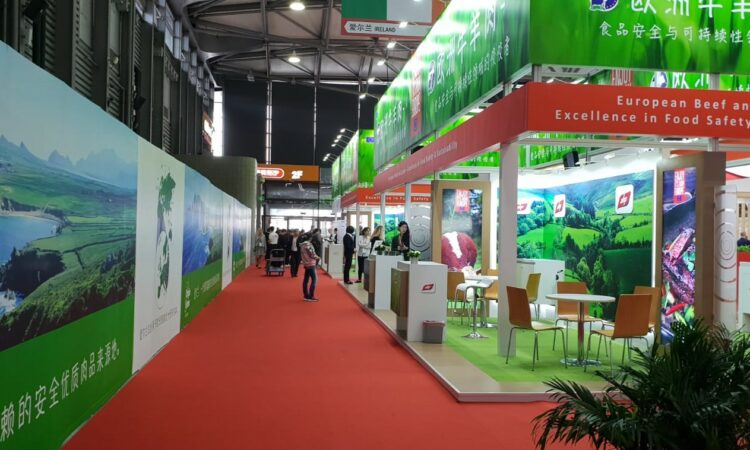 A new culinary Master Series was today, Wednesday, May 15, hosted by Bord Bia in China to promote the use of Irish beef in Chinese cuisine.

Taking place on day three of the Irish Government’s trade mission to China, the initiative aims to demonstrate the versatility of Irish beef as part of Bord Bia’s co-funded EU Beef and Lamb campaign.

The Master Series, which was officially launched this year by Bord Bia at the ‘Greening’ of the Great Wall of China to celebrate St. Patrick’s Day, is a key part of the €3.75 million, three-year promotional campaign for European beef and lamb, which runs until January 2020.

The underlying objective of the campaign is to build awareness of the high standards of food safety, quality assurance and traceability associated with beef and lamb from the European Union.

Over the coming months the four Chinese chefs, recognised as masters in their own cuisine, will develop a range of recipes using Irish beef cuts available in China.

The chefs will be joined on their journey, which includes a trip to Ireland, by six high-profile Chinese influencers (known in China as key opinion leaders or KOLs) comprising journalists, internet stars, celebrity chefs and TV personalities who will document the chefs’ experience developing new recipes using Irish beef.

The Chinese National Broadcaster, CCTV, was in attendance and interviewed the Minister for Agriculture, Food and the Marine, Michael Creed, to an audience of one billion people.

Speaking about the effectiveness of the trade mission, Minister Creed said:

“Our agri-food exports to China have increased roughly five-fold from around €200 million in 2010 to over €780 million last year.

Events such as these and the high-level trade meetings we are having, as well as our visits to food production facilities, help create opportunities for Irish exporters to engage, connect and understand the Chinese market in ways that otherwise wouldn’t be possible.

In China, government and industry are closely linked and engaging at ministerial level can deliver significant impact at trade level through awareness building, access and registration.

This Master Series is organised as part of a week-long trade mission to the region to allow the Irish meat and dairy industry gain an in-depth market understanding and to secure new business opportunities.

As part of the trade mission to China, Bord Bia also organised a series of briefings and cultural immersion visits for representatives from Ireland’s dairy industry to allow them experience first-hand manufacturing, retail and foodservice outlets.

At the launch, Bord Bia CEO Tara McCarthy welcomed the news that the Chinese authorities have agreed an accelerated process for the inspection and registration of more Irish beef plants.

“This announcement by the minister gives added impetus to our engagement here today with influential Chinese customers,” she said.

Consumer demand for premium imported beef is rising in China and since Ireland gained market access, we have seen 2,100t of beef worth €4 million exported to China from Ireland.

“As well as offering government-to-government engagement, this trade mission is vital in building enduring commercial relationships between Irish exporters and Chinese suppliers.” 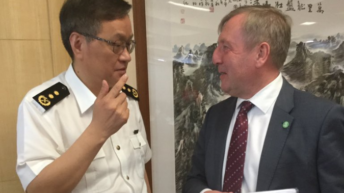