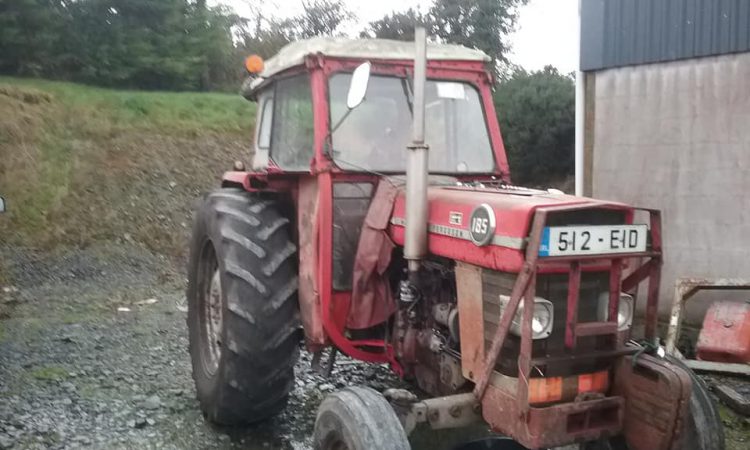 A Massey Ferguson 185 tractor and a McHale bale splitter were stolen from a farm in Co. Cavan overnight on Friday (January 15).

The machinery was taken from a farm in the Bailieboro area of the county.

Taking to social media to publicise the theft, the owners urged people to share the post to make the machinery “too hot to handle” for the person or persons involved in the theft. 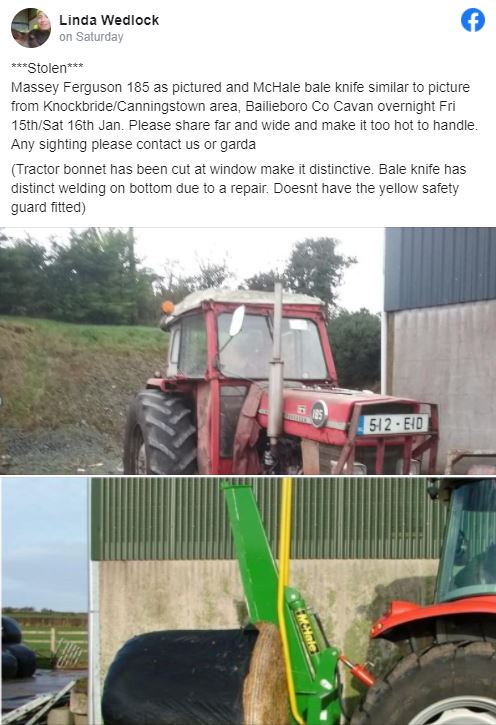 Facebook user Linda Wedlock noted that the theft occurred in the Knockbride/Canningstown area of Bailieboro on Friday night/Saturday morning.

As can be seen in the pictures, the tractor’s bonnet is cut where it meets the window, giving it a distinctive look.

Furthermore, the splitter has “distinctive welding” on the bottom of it due to repair work. It did not have the yellow guard fitted at the time it was stolen. 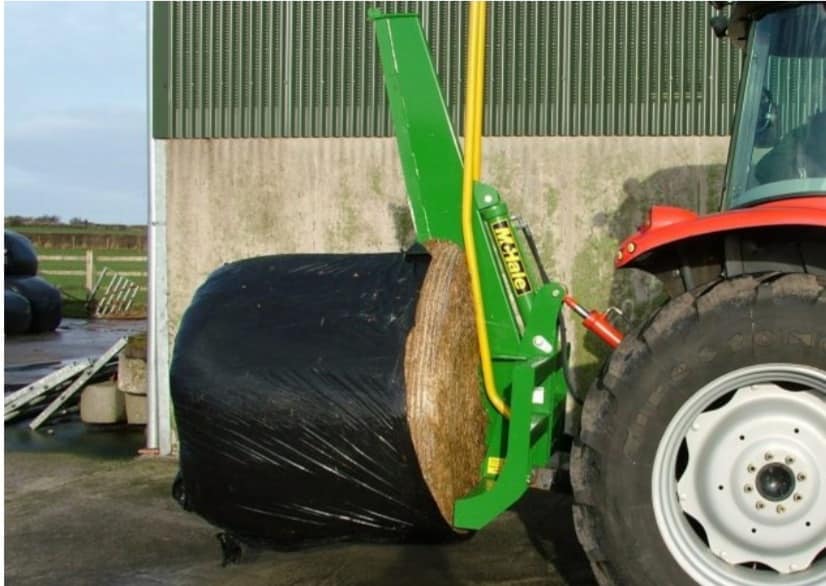 The owners are appealing for anyone with information to make contact, or to go to the Gardaí.

This is the second incident of rural crime to hit Co. Cavan this week. 17 sheep were stolen from two farms in the county over two days this week.