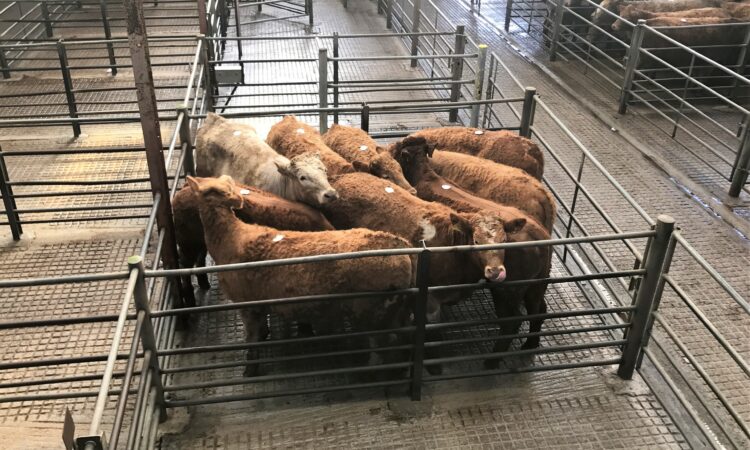 The mart trade has continued its upward momentum in recent days. This is especially the case for the quality lots on offer.

Good grass growth and favourable weather conditions have continued in some parts and this is having a positive effect at the ringside.

As has been the case in recent weeks, the number of cattle presented for sale has increased. Mart managers have noted there has been an increased demand for weanling bulls which require further feeding.

In addition, mart managers reported a steady trade for cull cows, with some lots breaking the €2.00/kg mark.

A sale – consisting of 880 animals – was witnessed in Kilkenny Mart, Cillin Hill on Thursday last, according to the mart’s auctioneer, George Candler.

He said: “The trade is remarkably firm especially when you consider the uncertain climate we find ourselves in.

“Quality continentals are attracting the main interest in both the bullock and heifer ring. Aberdeen Angus bullocks ranged from €1.65/kg to €2.20/kg, with Friesian types at €1.50-1.80/kg.”

David Quinn, the mart manager, said there was an excellent demand for all classes of cattle, with a strong trade leading to a full clearance.

“There was more exporter and farmer activity for quality weanlings, with prices hitting €3.33/kg for top-quality lots. In the calf ring there was a better trade for both Friesian and continental calves,” he explained.

In addition, weanling bulls were reported to sell in the region of €420-1,000 along with the weight.

The trade was reported to be strong in Castlerea Mart on Thursday last, February 21.

The mart’s manager Brendan Egan said: “Larger numbers of stock were presented for sale, with a good attendance of farmers and agents active for all categories of stock.

“The forward store bullocks and heifers were a very lively trade, while the quality weanlings continue to increase in price.”

“The forward store bullocks and heifers were a very lively trade, while the quality weanlings continue to increase in price,” he added.

“The cow trade remained firm, while the calf ring reported a better trade with better-quality lots on offer and an increased demand.”

Along with the better-quality calves and increased demand, the number presented for sale also increased. Some sample prices are listed below.

Plainer proved to be a more difficult trade at Raphoe Mart on Thursday last, February 21. However, quality cattle were reported to be in good demand.

The mart’s manager Anne Harkin also highlighted that good-quality weanlings sold up to and over the €3.00/kg mark. 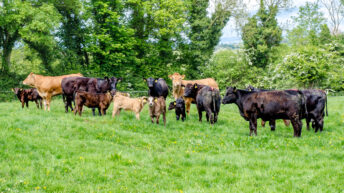