Naturally, most cattle marts across the country held the last sale of 2018 in advance of the Christmas period.

Many mart managers have noted that the number of cattle being presented for these final sales of 2018 was reduced compared to previous weeks.

In addition to the lower numbers passing through the ring, the quality of cattle has also slipped. However, prices are still holding firm despite this.

It was reported that the last sale of the year on December 20 at Kilkenny Mart had fewer lots presented for sale compared to previous weeks with trade showing a slight reduction especially for plainer type lots.

Quality cattle were noted to have been in short supply, while the cow trade was sharper compared to the previous week.

It was reported that there was a reasonable size sale for the last of 2018 – December 20 – at Ennis Mart with over 200 lots available.

It was noted that there was plenty of customers about, especially in the bullock ring where demand would out-pass supply. Trade for cull cows and heifers was reportedly similar to the previous week.

Good numbers of stock were reportedly present for the last sale for 2018 hosted at Castlerea Mart on December 20.

In addition it was noted that there was a good attendance of buyers present trying to source stock for the end of the year.

Breeding stock finished on a positive note with cows with calves at foot fetching €995-1,670/unit while the dry cow trade reported prices similar to the previous week.

The final sale of 2018 was held at Kilrush Mart on December 19. It was noted that there was a very solid trade for all types of stock on offer.

Like many other marts across the country there was a smaller entry of lots on the day, in particular heifers but good numbers of bullocks and cull cows. 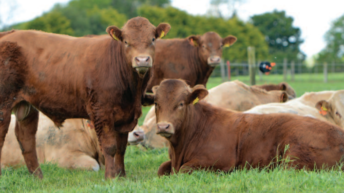 Finishing suckler-bred male cattle off grass: What were the results?