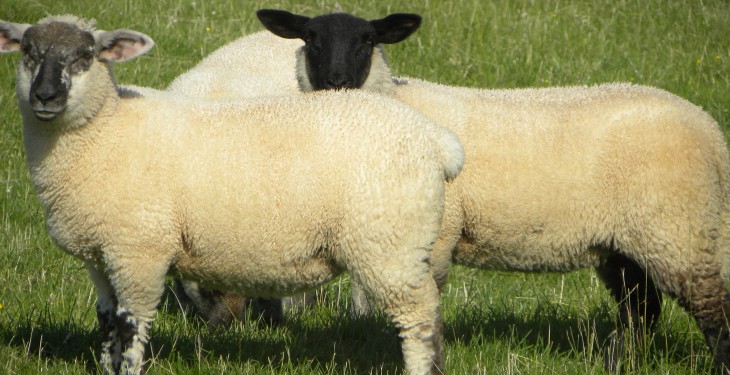 The mart sheep trade remains resilient despite the uncertainty in France.

Monday’s marts indicate that butchers lambs are up €2/head on last week while the store and factory lamb trade remains unchanged.

There were 500 sheep on offer in Fermoy mart on Monday reported Sean Leahy, Mart Manager.

“We had a lively trade, which was similar to last week,” he said.

The factory lambs also remained in strong demand with the hammer falling for lots at for €2.07-2.32/kg.

“There were a lot of cast ewes on offer and the heavier the ewe the better the trade she met.”

There were 710 sheep on offer in Kilkenny on Monday, reported George Candler, Auctioneer.

He added that cull ewes are down on previous weeks by approximately €10-15/head and sold to a tops of €121.

“The trade for store lambs remained strong and we had a good overall sale,” he said.

However, he added that the lighter type lambs were back slightly on last week with the top lots running towards €90/head.

Mart Manager Anne Harkin said that store lambs sold for €35-90 over, while factory lots made €42-66 over.

The French farmer protests are of significant concern for Irish meat exports and practically the Irish lamb.

According to Meat Industry Ireland, these actions are a cause of significant concern for Irish meat exports. In particular, the lamb trade is very vulnerable given the traditional high level of exports of Irish lamb to the French market during our peak production season.

Indeed, the French actions could not come at a worse time for the sheep sector with quotes for lambs already coming under pressure. Quotes in the region of €4.50/kg are now expected for lambs towards the end of the week as processors report problems in getting product through to the French market.