A meeting to discuss the rising insurance costs at marts will be held at the Hodson Bay Hotel in Athlone on Thursday, March 7, at 2:00pm.

The event is taking place as mart managers across the country get set to mobilise in an effort to address insurance issues within the mart sector in Ireland.

McGuinness has stated that insurance has become a major issue facing all marts. She claims that while recommendations have been made on ways in which to cut back on claims, insurance companies “continue to use these claims as the driving force” in the rise of mart insurance.

“There are only 84 marts in the country and insurance companies that are presently dealing with marts, claim that marts are costing them money due to the number of claims,” she said.

“They say this is the reason for the drastic increase in insurance. However, when they were asked by the Public Finance Committee last May to show these figures, they failed to do so.

“They still refuse to do so; if their findings are correct they should have no problem producing the figures to back up these findings.

Meanwhile, McGuinness pointed to the independent research that she has carried out over the last 12 months and said “it has never been as important as it is now” to ensure that the mart sector is protected.

We know that some marts are struggling to keep operating with the massive surge in insurance costs, among other things, so it is with this in mind that we are holding this very important meeting.

“On the day insurance companies, who have expressed interest in quoting marts, will be there to make their pitch and also some wish to discuss different insurance options.

“We as mart managers are in the best position to discuss the issues with insurance companies and it is vitally important that we do it now. We need to work on these issues as a unit and without information we cannot do that,” she added.

Last week, Mountrath Mart in Co. Laois closed its doors for the last time after trading for 51 years.

It is understood that the mart co-operative committee decided to cease trading closed because of rising costs and insurance premiums. 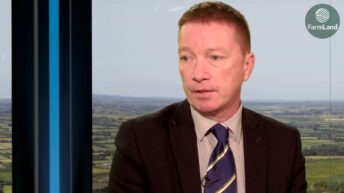 Mart insurance: Cost of claims ‘seriously out of kilter’