Investigations are underway after a man in his 20s was killed in a collision involving two motorbikes and a tractor and trailer yesterday evening, Saturday, July 18, An Garda Síochána has confirmed.

In a statement on the incident, a Garda spokesperson said:

The collision involved two motorcycles and a tractor with a trailer. Gardaí and ambulance services attended the scene. One male motorcyclist [25 years] was fatally injured.

“His body was removed from the scene and taken to University Hospital Waterford where a post-mortem will take place.”

The second motorcyclist, a 33-year-old man, was seriously injured and taken to University Hospital Limerick, the Garda representative noted.

The tractor driver – a 21-year-old man – was uninjured. Garda forensic investigators carried out an examination of the scene and the road has now reopened, Gardaí confirmed.

Gardaí in Tipperary Town are appealing for anyone with information in relation to this collision to come forward.

“Gardaí are also appealing for any road users who may have camera footage (including dash-cam) who were travelling on the N74 between Tipperary Town and Cashel to make this footage available to Gardaí,” the representative added.

“Anyone with information is asked to contact Tipperary Town Garda Station on 062 – 80670, the Garda Confidential Line on: 1800-666-111; or any Garda station,” the Garda spokesperson concluded. 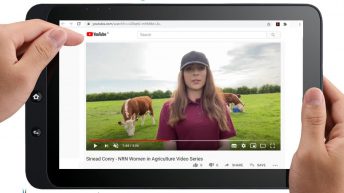