Tommy and Orla Screene milk a herd of 65 pedigree registered Holstein Friesian cows on their farm in Menlough, Co. Galway.

On Wednesday, the Screene’s opened the gates of their farm to hundreds of visitors as part of the Irish Holstein Friesian Association open day.

Tommy first started breeding his Windfield herd of Holsteins on the family’s farm in 1997 and since then he has aimed to breed cows that are able to last under a grass-based system.

Speaking at the open day, he said there are three key things he looks out for when selecting for the future cows in his herd.

These are yield, solids production and longevity.

Screene said that one of the key drivers of the performance on his farm was longevity, as he wants the cows to be able to last within the system year-after-year.

He also said that the farm is based mainly around grass, with cows offered some concentrates in the parlour.

A number of Windfield cows were on show on the open day, but outside of the show ring, Screene said that milk production is his main priority.

“I need all of the cows to be milking in the parlour tomorrow morning,” he said. 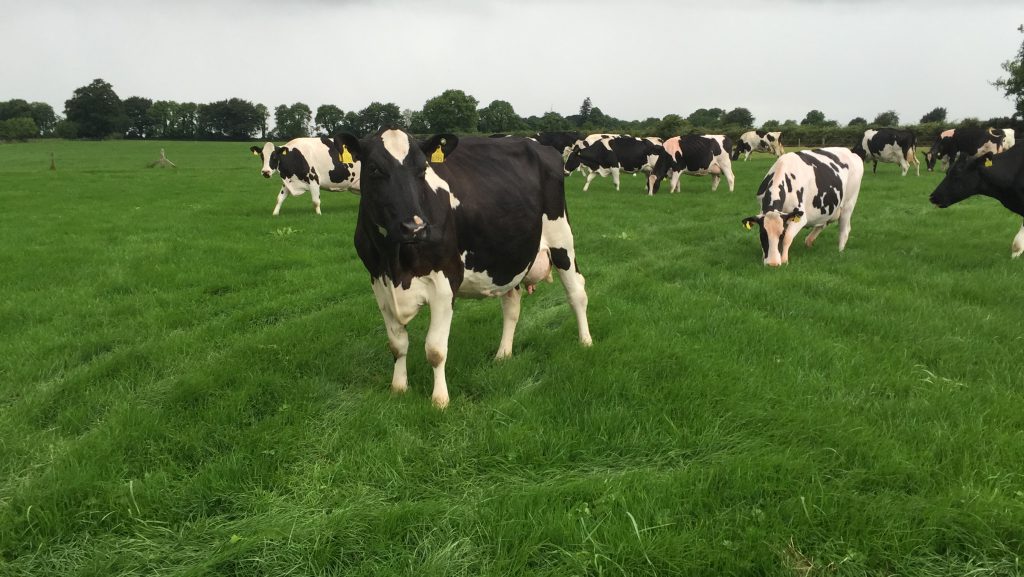 Some of the Windfield dairy cows out grazing

Screene has spent almost the last 20 years breeding his Windfield herd, but he also focused on technologies to monitor cow performance on his farm.

Milk recording and grading up began on the farm in 1999 and he believes that milk recording is essential to developing the potential of his cows.

And, grading up has provided certified proof of both the breeding and production potential of the cows in his herd and this has added value to the business, especially through stock sales.

Advertisement
Currently, the cows in the herd are producing an average yield of 1,870 gallons at 3.83% butterfat and 3.50% protein.

Looking at the herds confirmation, there are 26 excellent cows, 34 very good cows and 5 good plus cows in the herd at the most recent classification inspection. 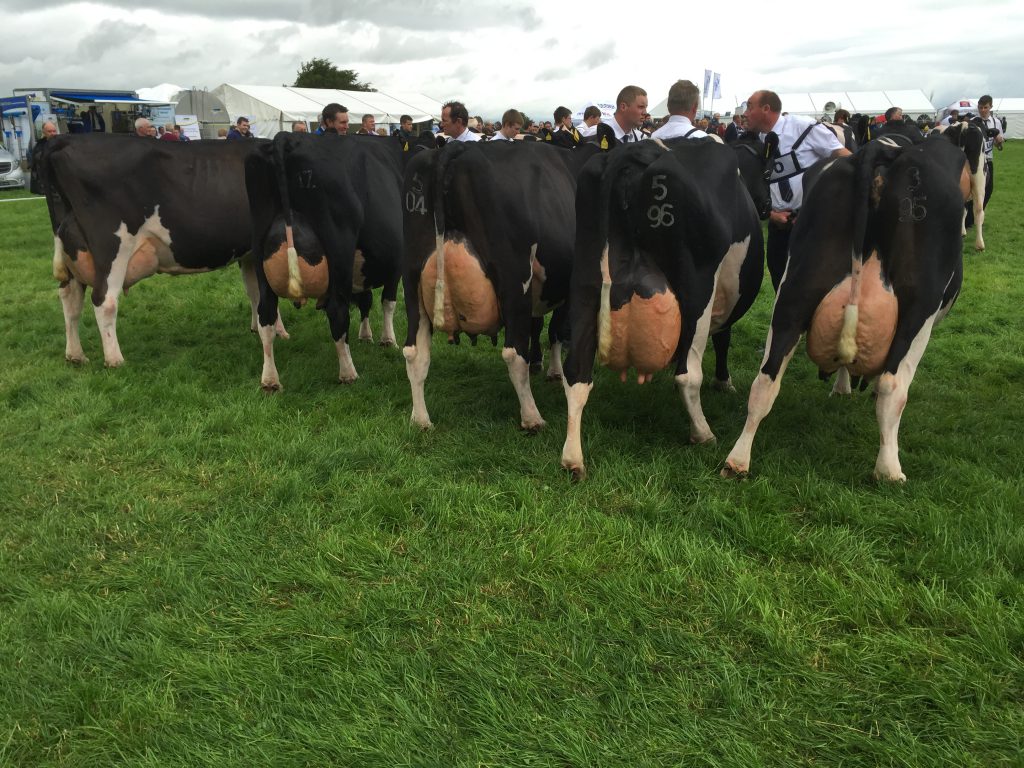 Some of Screene’s Windfield Holstein cows on show at the open day.

The Windfield herd contains some of the very best Holstein cow families and the Galway-based farmer has focused on using AI to continue to improve the genetics of the herd.

Screene said he wants his cows to be able to perform and survive under a grass-based production system.

And to achieve this, he is currently using some of the top proven and genomically tested sires. A lot of emphasis is also placed on careful sire selection on the basis of production and classification.

As part of the open day, over 30 heifers from the best cow lines in the Windfield herd were sold to new owners.

The sale also featured a high clearance rate, with just two heifers failing to sell. Most of the heifers on offer sold between €1,500-4,200.

Prior to the sale, the Holstein heifers were described as a very impressive group from some of the very best cow families in the herd.

The top priced heifer on the day was Windfield Katie 17, a February 2014 born daughter of Bomaz Marion Emerald.