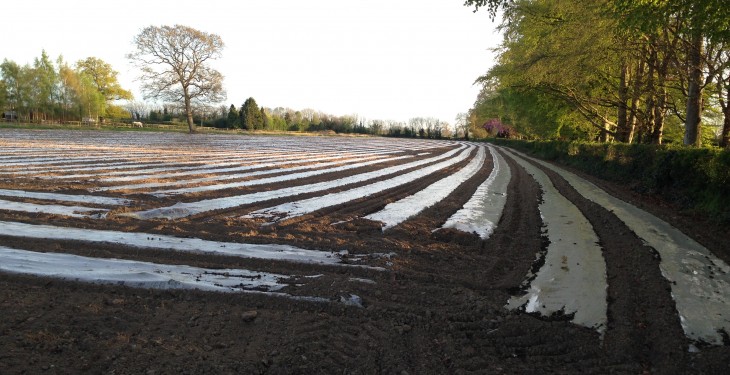 ‘Tillage farmers should grow forage crops for livestock farmers’ is one of the key talking points from this spring’s fodder crisis.

However, it’s not a new thing and Maizetech’s John Foley has seen it working for many years. AgriLand took the opportunity to ask the Co. Wexford man how and when it works best?

“We’ve been doing this for a number of years with specialist growers. It’s not new – particularly north of Dublin, where a lot of maize is going into Northern Ireland.

“Of course a lot of maize is going into digesters in Northern Ireland. But, many dairy farmers haven’t got the land base in the north of the country. They might have a herd of 300-400 cows; maize seems to suit their businesses.

“We know a lot of people who have started to grow maize on contract in the past four-to-five years and they seem to be getting on well,” John explained.

John stated that he couldn’t believe the number of tillage farmers beginning to sow maize for livestock farmers. He is glad to see that Teagasc has got behind the initiative.

They see where it fits in now, as dairy farmers are highly stocked.

“It’s an alternative for the tillage farmer. It’s giving them an opportunity to make an extra few bob.

“Very often it’s a neighbour talking to a neighbour. If you are within 10 miles of the grower, the maize can be transported by the contractor that’s doing the harvesting. There are no lorries involved. It goes straight from the field to the silage pit. That reduces costs.”

There is a fear from many tillage farmers that a livestock farmer may decide – in the middle of the season – that they have enough grass silage and the tillage farmer is then left with a crop of maize. However, knowing the person you’re selling to can take the risk out of growing the crop.

“There has to be some sort of an agreement. Money should be put on the table by the dairy or beef farmer. At the cost of machinery and inputs, it’s not fair to ask any farmer to grow 50-100ac of maize without some commitment from the farmer taking the maize.

It’s not like going into the shop to buy a loaf of bread, where you can get it off the shed when you need it. This crop has to be planned six months in advance. It’s a huge expense.

“If a dairy or beef farmer is serious about their winter feed, it’s not too much to ask to put some money on the table and help out the farmer who has to spend a lot of money up front to produce the crop,” John added.

Commenting further, he said: “It’s working pretty well. There is a lot of farmers doing that this year. It makes it safe for both parties involved.”

“There’s a lot of farmers caught with so much slurry on farms. If they can export slurry onto the tillage farms, it’s a massive plus for both parties,” he noted.

“It will cut the cost of their fertiliser by half. Maize is a fantastic crop to take up nutrients. If it’s within a reasonable distance, that’s what’s happening.”

John estimated that most maize planted so far this season is in the north-east of the country, while a few crops have been sown in the south-east. The area sown at present may be up to 2,000ac, but this is very difficult to say.

John also thinks that there will be a massive increase in the amount of maize sown this year and he was quick to say that farmers should not panic when sowing.

“We want to take some of the panic out of it as well. It’s absolutely not too late to plant maize. We have taken out fantastic crops which were sown in mid-May down through the years. But the variety needs to be right; that’s important.

We match varieties to suit the site, the area and the sowing date. When it gets to May 10, we will get farmers to move away from late-maturing varieties.

“It’s important to get the conditions and everything else, like variety, right. That’s more important than the sowing date,” he concluded. 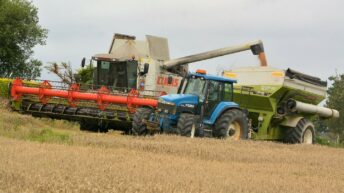