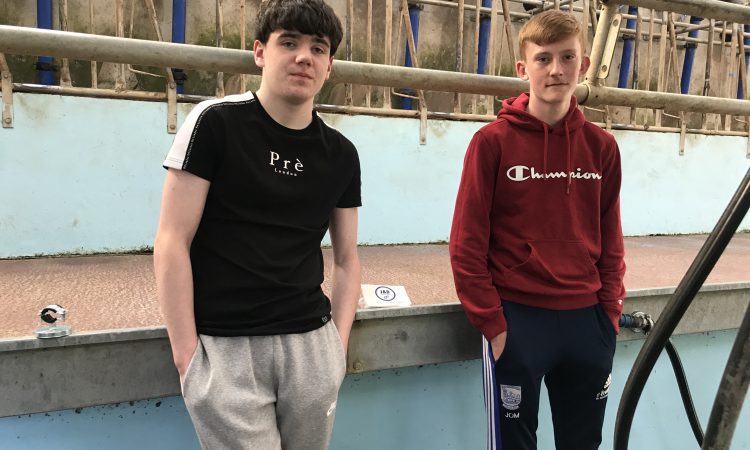 A magnetic hose holder aimed specifically at dairy farmers, developed on the farm of a Kilkenny All-Ireland winner, took the top prize in the senior category at the recent student enterprise programme national finals, run by the local enterprise offices.

The ‘handy hose’ holder by student entrepreneurs Jack O’Mara (16) and Daniel Ruddy (17) from Thurles CBS, on behalf of Local Enterprise Office Tipperary, fits to the hose to enable it to attach easily to any metal surface within the milking parlour.

Along with an endorsement from four-time All-Ireland winner and farmer Lester Ryan on whose farm the students developed the idea, the product has also received the backing of farmer of the year 2019, David Russell, who has several in his parlours.

The enterprise, J&D Engineering, made the attachment and sold over 200 before the Covid-19 pandemic. The students are continuing to sell the magnetic hose holder online, Jack said.

Daniel’s dad noticed that he was bending over constantly and getting back strain when using wash down hoses and he thought that there must be a better way of doing things. We noticed the metal curving on the side of the parlour and thought that we could use that.

“When we went into transition year, there was a mini company competition and we were looking around for business ideas. Then we realised that that the idea of a magnetic hose holder would be perfect,” said Jack.

“We ordered parts from England and assembled the ‘handy hose holder’. As well as trialling it on the farm in Kilkenny, we tested it at Teagasc Moorepark. We got feedback from there and used that in the development of the hose.”

The students said they were thrilled to emerge victorious from the national finals.

“It was an unbelievable experience. We put a lot of work into the product and into achieving sales. We pushed the ‘handy hose holder’ out on social media. We got a very good response from farmers and we’re hoping to get the product into more outlets.”

Daniel hopes to farm after leaving school while Jack is interested in studying business. They won a €2,000 technology voucher; €1,000 school prize; €500 in One4All vouchers; a trophy and certificate.

“We will stay tipping away at the product as the reaction has been brilliant,” said Jack.

For the first time since the student enterprise programme began in 2003, the national finals took place online.

Having originally been scheduled to take place in Croke Park on May 1, the Local Enterprise Office run awards were announced virtually on May 27, via live stream on the student enterprise programmes Facebook and YouTube channels.

The students and teachers from across the country logged online to the event hosted by RTÉ’s Rick O’Shea, who was joined during the ceremony by previous winners and student entrepreneur programme ambassador, Josh Van Der Flier.

The rugby star previously took part in the initiative when he was a student at Wesley College in Dublin.

There was a record number of 85 student enterprises competing in Ireland’s largest entrepreneurship programme for second level students.

The initiative, funded by the Government through Enterprise Ireland and delivered by the 31 Local Enterprise Offices in local authorities throughout the country, saw close to 26,000 students from almost 500 secondary schools take part.

“This is a challenging time for students all across the country but today is a day that they get to celebrate all the hard work they have put into their businesses since last September,” she said.

The minister congratulated the winners and told the finalists that they had achieved something truly exceptional.

“The ability to devise a business, set it up and run it, is something that will stand by you forever. Ireland has a history of great entrepreneurs and no doubt many of you today will go on to achieve greatness in business and we will ensure we are there to support you every step of the way.”

Michael Nevin, chair of the local enterprise office’s enterprise education committee, said that it had been another outstanding year for the student enterprise programme and that was reflected in the quality of finalists.

The programme has helped over 200,000 students create and run their own businesses since 2003 and that in itself is a reflection of the entrepreneurial genes in our young students.

“Not only do today’s students want to create a good business, they want to create a business that improves society or helps the world around us and that has to be commended. So to our winners, finalists and our whole class of 2019/2020, well done and we can look forward to the great new businesses you will be starting in the future.” 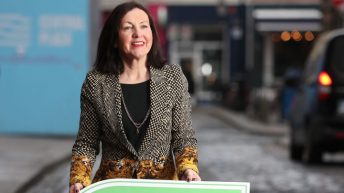