Flexibility of forage use will be looming ever larger in the minds of many farmers in future years as the lessons of the latest grazing season sink in.

The long, wet winter, almost immediately followed by a drought, has stretched the resourcefulness of many to the limit.

The tried and trusted near duopoly of pit and/or baled silage was, in many cases, found to be wanting – as pits were opened early and pastures grazed rather than baled.

However, there is one farmer in Co. Wexford who believes that he has found a way forward which will see him through the winter, just so long as it is not as extreme as the last. 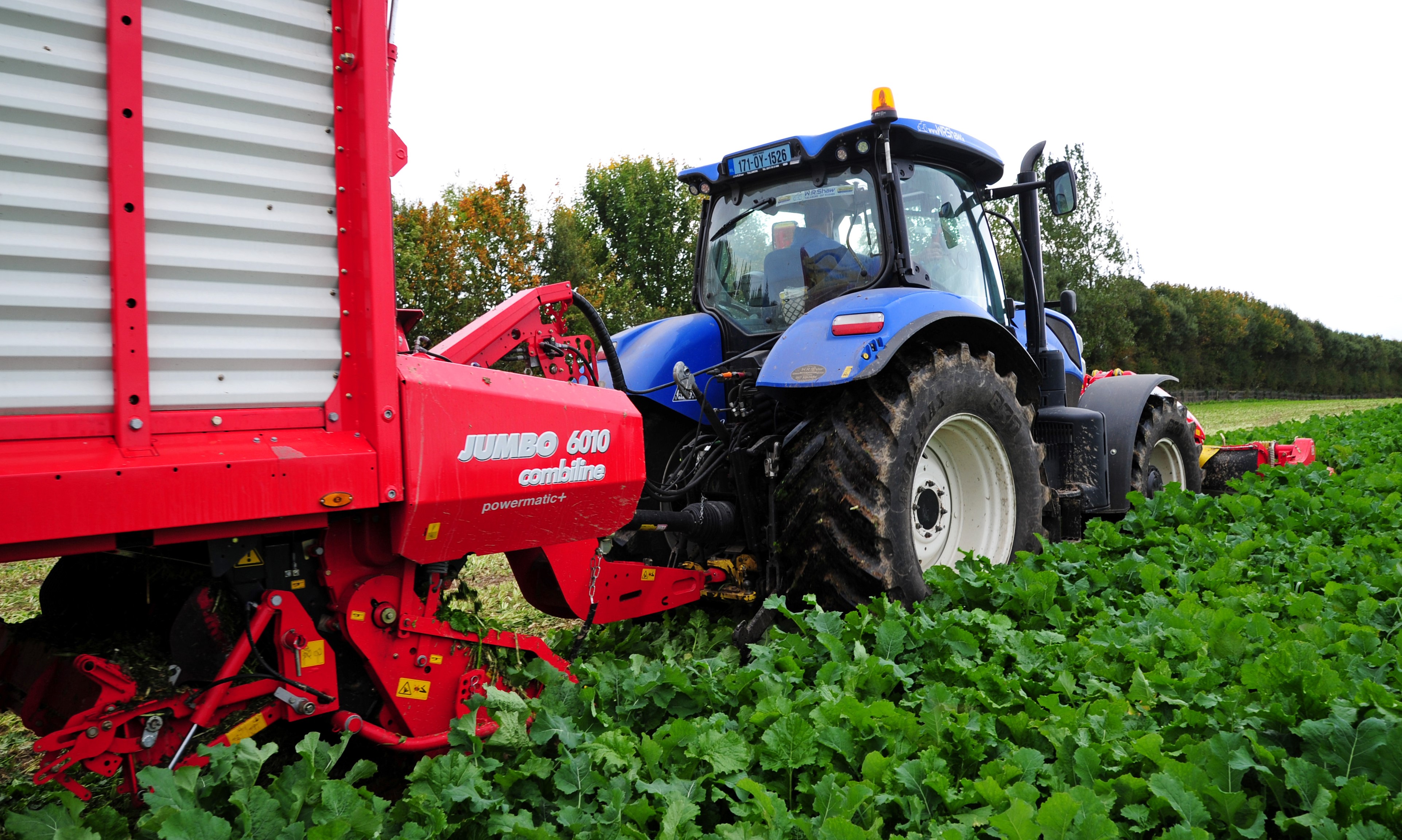 His feed insurance policy, which already looks to be paying dividends, is zero-grazing of cover crops.

Unlike either pit or baled silage, zero-grazing appears to provide fresh fodder for cattle without the nutrient or energy losses of a fermentation and storage process.

However, grass has the inconvenient habit of not growing during the winter and what little is available tends to be of poor quality.

Tomas Codd of Drinagh has tackled this problem head-on by harvesting the cover crops he is obliged to sow on his arable land. 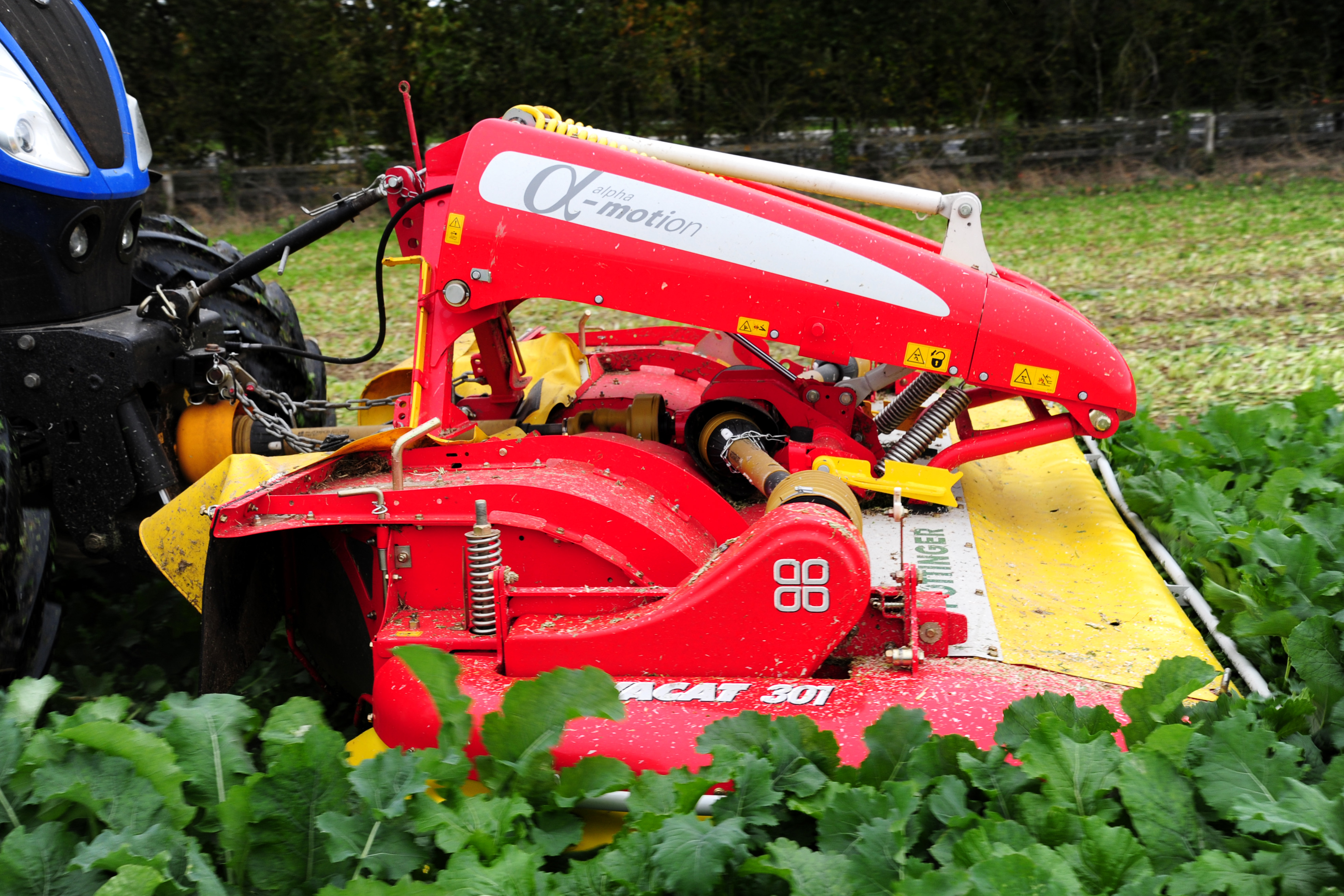 The idea had been with him since the 2017 harvest, prompted to a great extent by the poor returns on malting and distilling barley, which had been a major crop for the farm for many years.

For this winter he decided to treat the mixture of fodder rape and leafy turnip as a forage crop rather than just green ground-cover. He also applied nitrogen to ensure good establishment and strong growth.

“I would normally spray it off and plough it in,” he noted. “This year I decided to zero-graze it instead.” 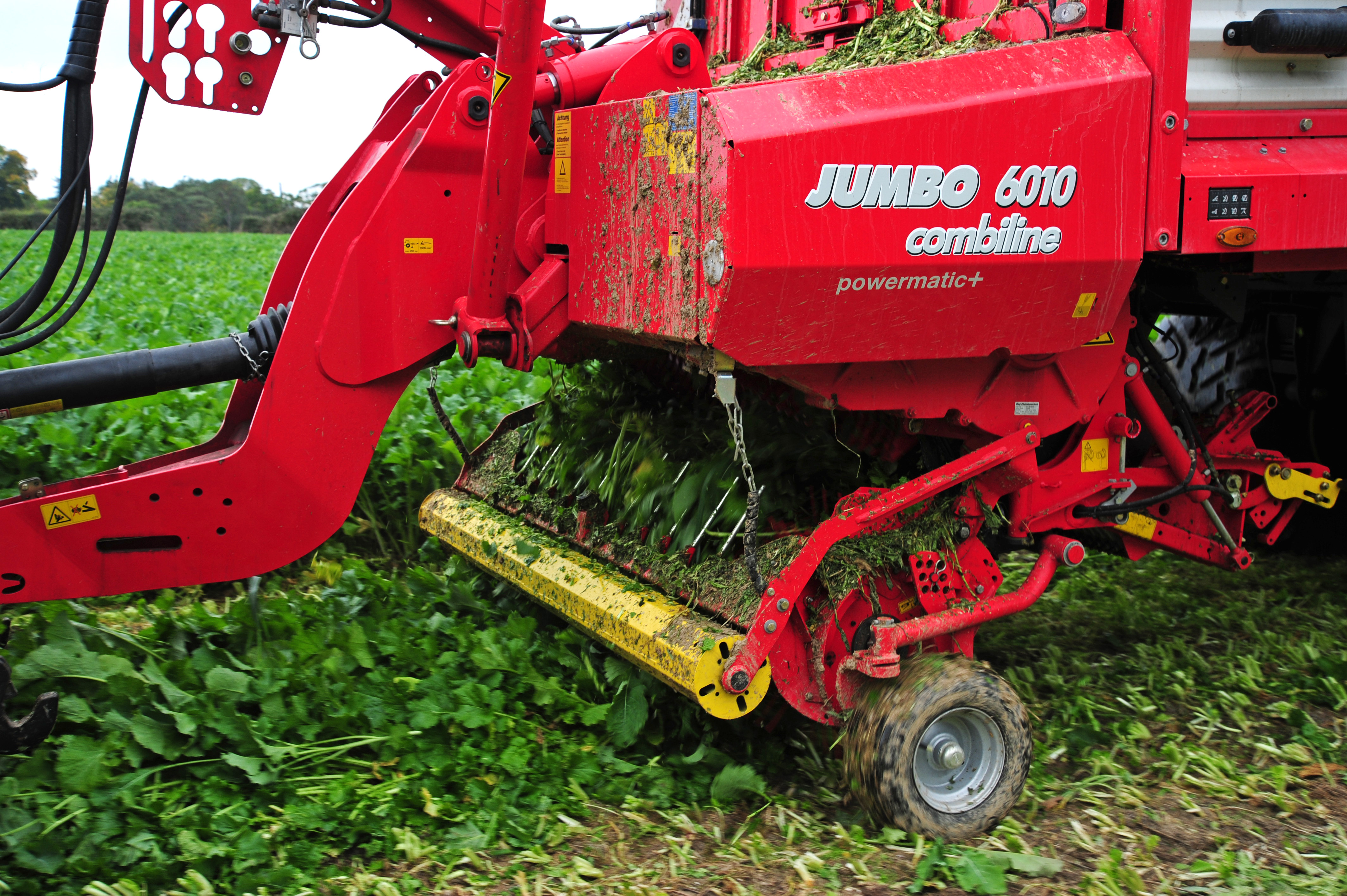 This is a brave move, as the system is untried here in Ireland. It took quite a leap in faith to implement it.

However, he had the backing of a major equipment manufacturer who is keen to see the use of its machines extended beyond the normal parameters.

Pottinger prides itself on pushing ahead with innovation and this seemed the ideal project to support.

Three items were supplied by the Austrian manufacturer to cover the whole operation – from tillage to delivering the feed back to the farm. 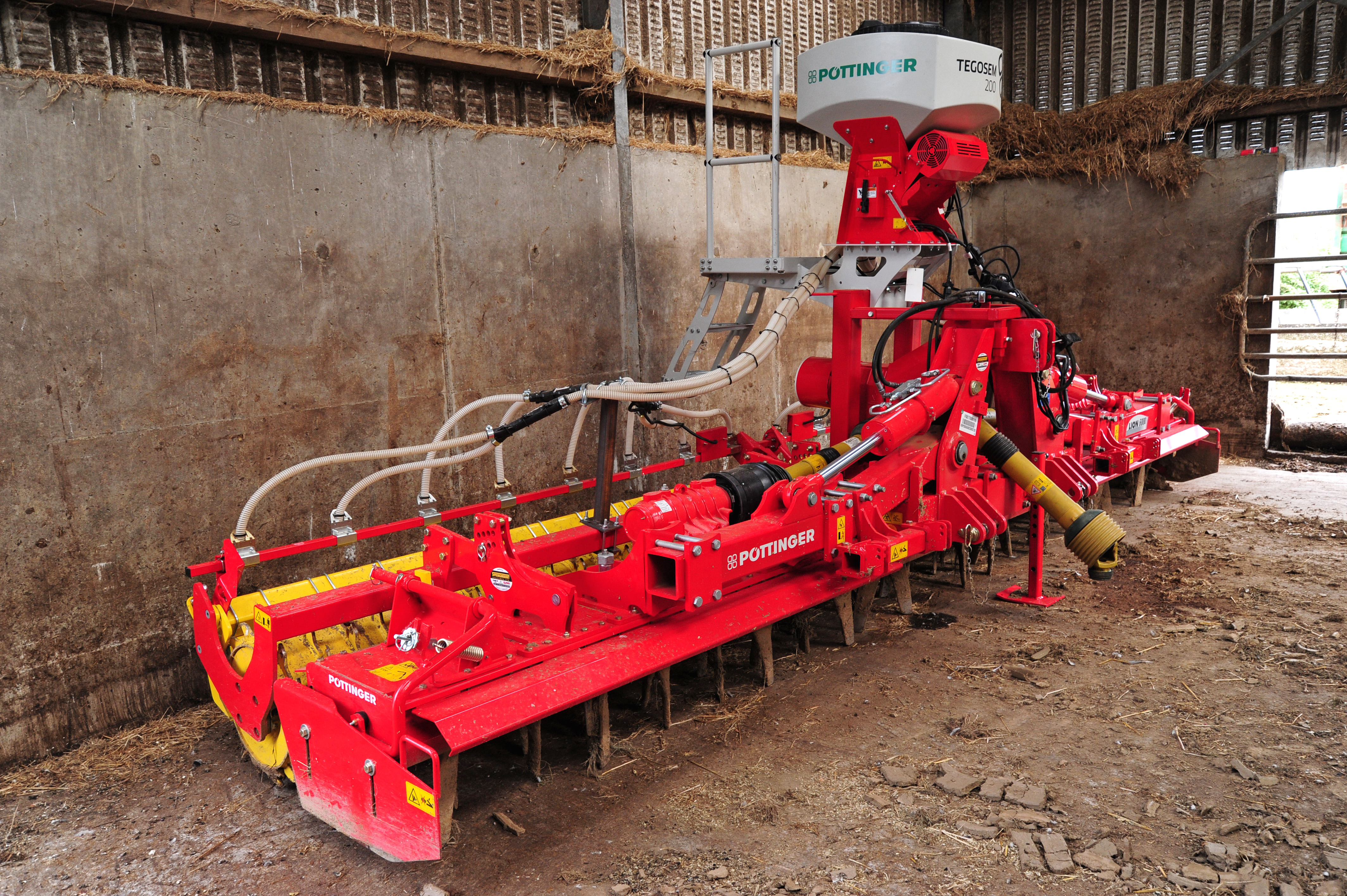 The first was a Lion 6001 6m power harrow fitted with an Aerosem air seeder delivering the seed through 16 pipes. This placed the seed into a 25mm tilth to await the rain, which arrived three weeks later.

The second two items came as a pair, which are intended to work together during the harvesting of the cover crop. However, they may easily be used separately during the silage season. 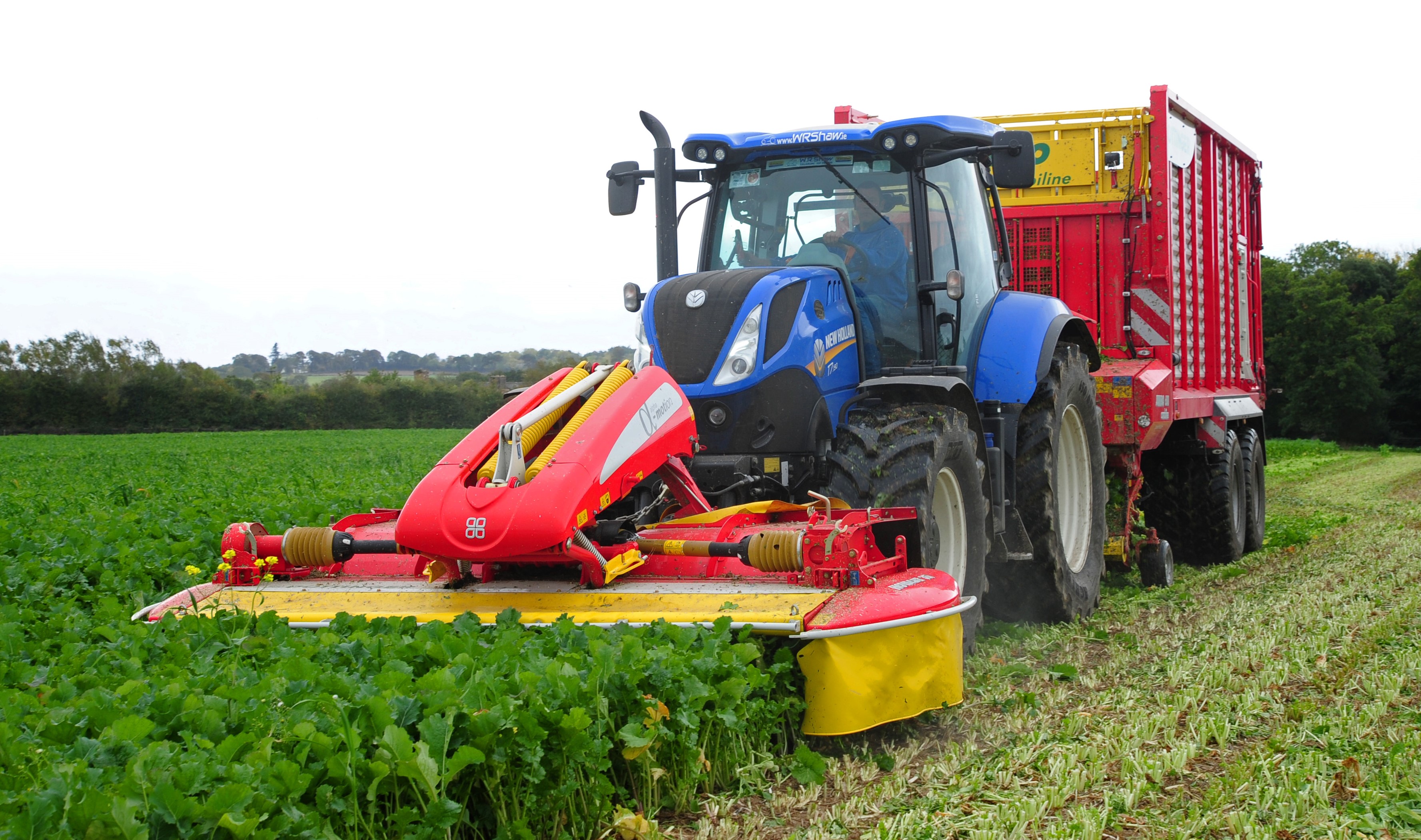 To cut the crop Pottinger recommended a 3m wide Novacat 301 front-mounted mower. To reduce damage to the leafy crop, the conditioner needed to be removed. This, Tomas noted, was a 10-minute job in the workshop.

Having been cut, the crop needs to be collected and delivered back to the farm. For this task a Jumbo 6010 Combiline is hitched to the rear and filled to around half its capacity every second day.

Tomas has 300 head in the dairy herd and aims to provide each one with 20kg of fresh crop on a daily basis after the morning milking.

Experience has shown that the harvesting operation is best done at around 7kph to provide the smoothest flow through the mower and up into the wagon. 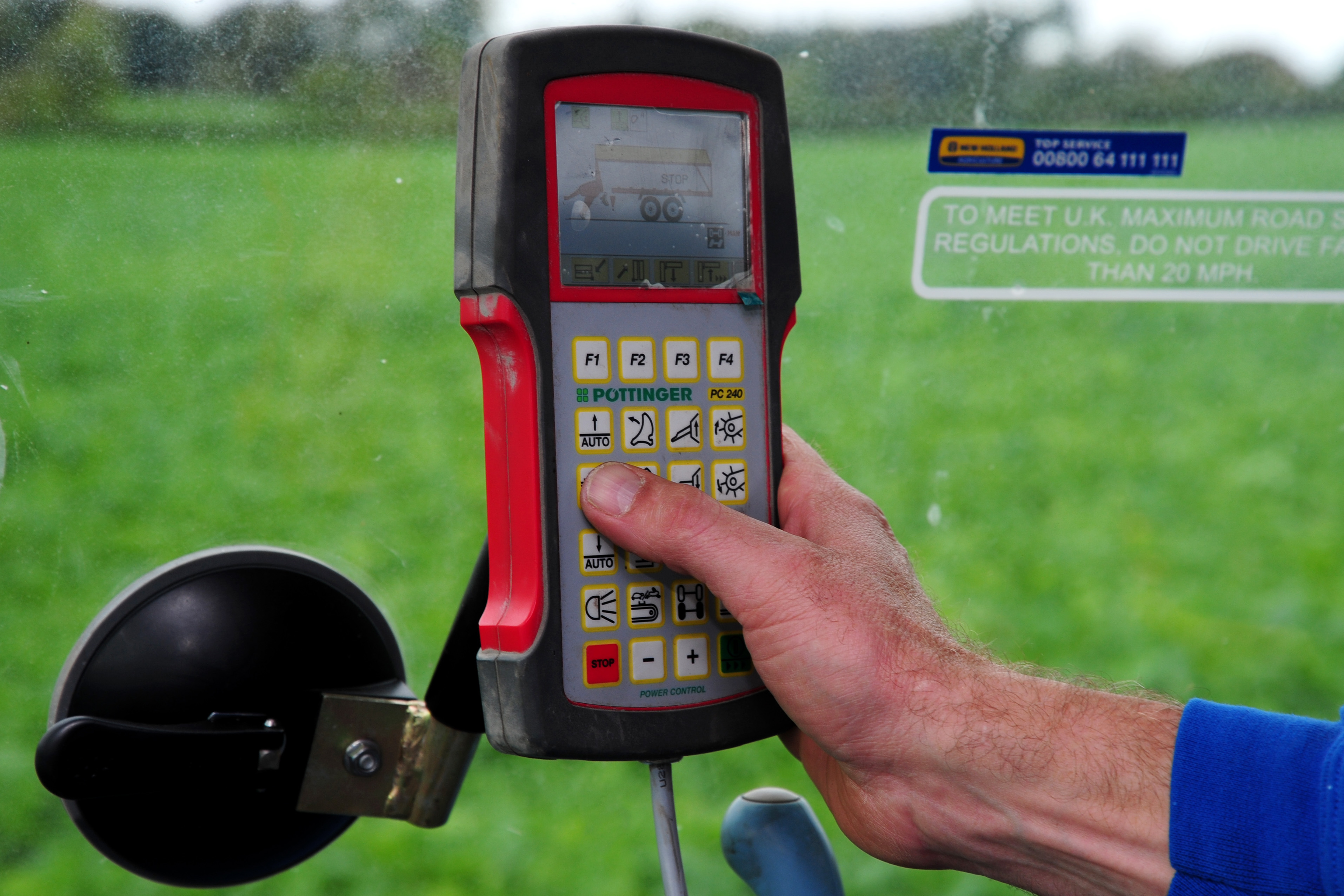 Tomas is careful not to pack the material too tight, as this would further damage its structure.

He moves the load back as it reaches halfway up the wagon sides, rather than let it fill to the top. This function is controlled by an ISOBUS-connected touch-pad in the cab. 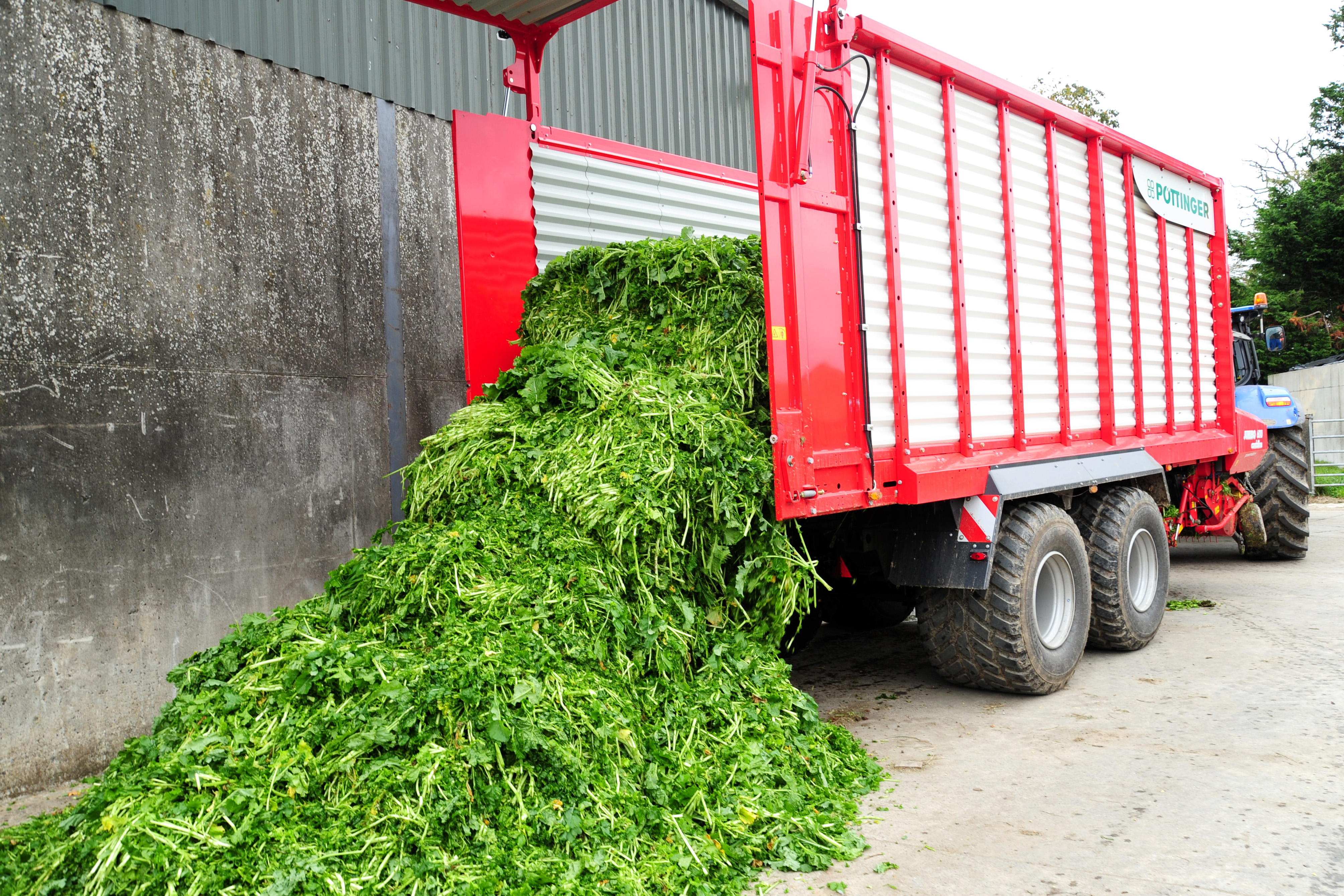 Before feeding the cows, the material is first mixed with straw and dry silage in an Abbey twin-tub mixer, along with soya husks to raise protein levels.

The mixture is then deposited into the feed trough, ready for the cows to be introduced in two batches for feeding. 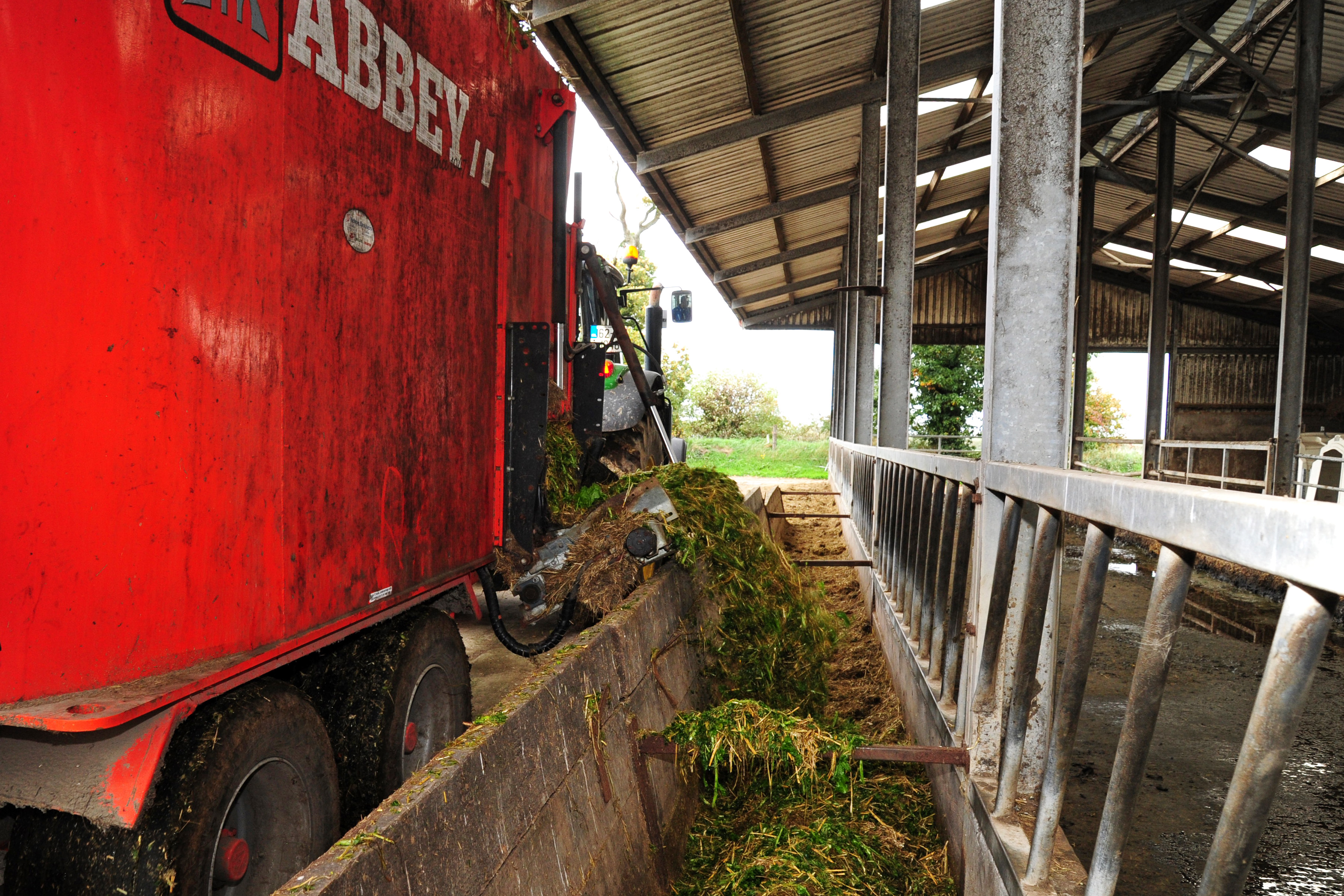 One concern Tomas had before putting the system into place was that the cattle wouldn’t eat it. Quite the opposite turned out to be the case; the troughs are licked clean at every feed.

So far the system has worked remarkably well, with a noticeable “bounce in milk yield” at the time of its introduction. 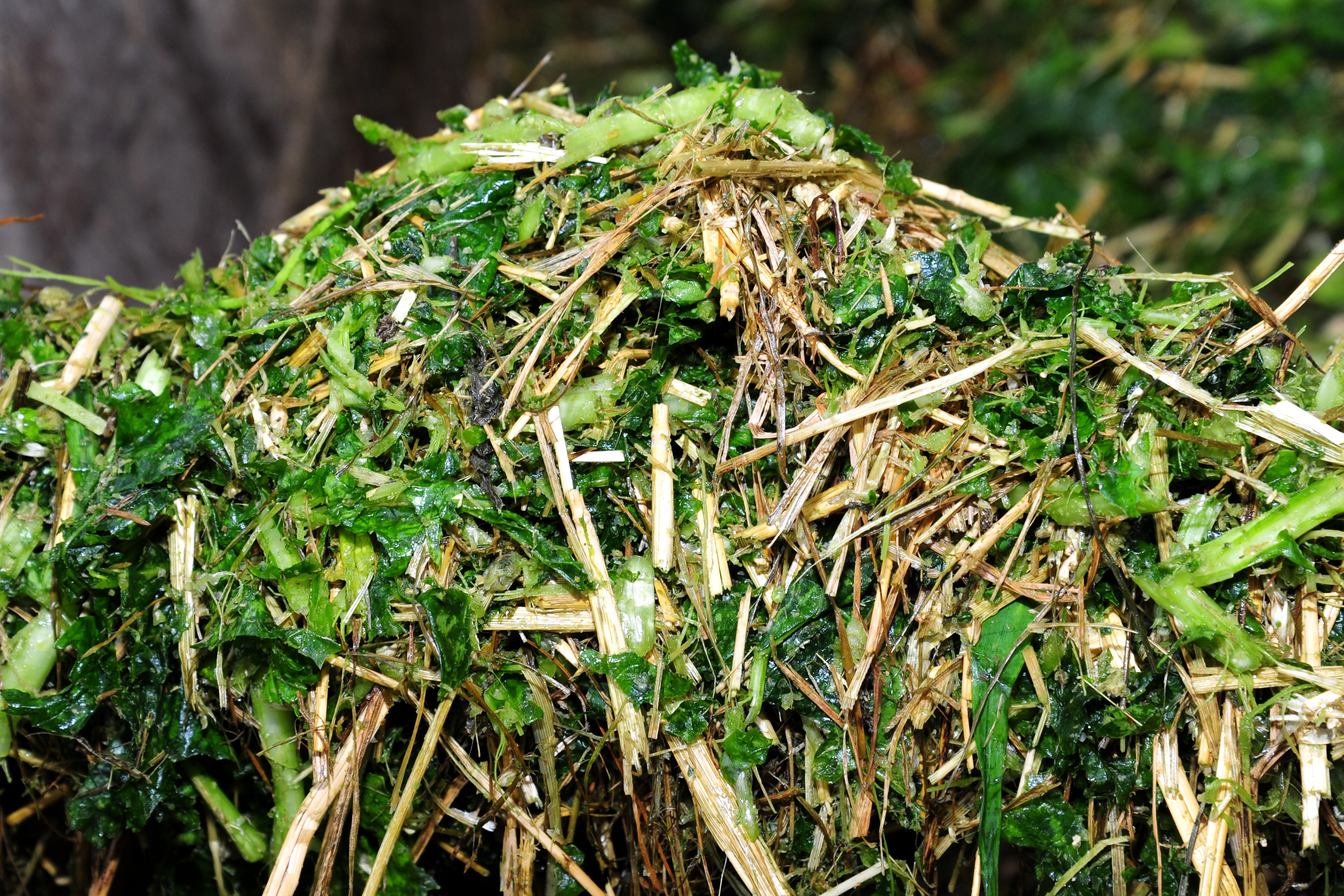 The investment in machinery is significant. However, its cost will be spread throughout the year as the front mower will be paired up with a side-mounted unit to cut the whole silage area during the season.

Meanwhile, the forage wagon can function as originally intended, or as an extra trailer for silage carting.

Trade focus: Foraging for an affordable answer in Tullamore