No let-up in unsettled weather this week 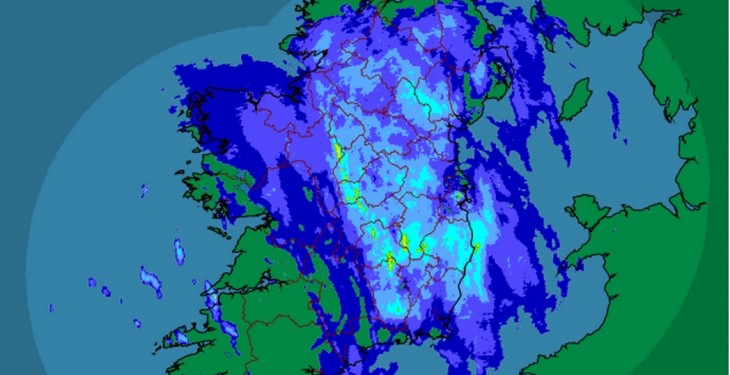 A very poor week weather wise is in store, according to Met Eireann. It says the coming week will see no let-up in the unsettled spell weather experienced over the past week or so.

This week will see heavy rain or showers at times. Coupled with this will be very strong winds, stormy at times with the continued risk of flooding in many areas.

Met Eireann says it expects between 100 and 200 per cent of normal rainfall to fall this week. The rainfall will be falling on completely saturated soils nationwide, with forecasters noting that in some parts of the country last week rainfall was as high as 300 and 400 per cent above normal.

According to Met Eireann, this morning’s heavy rain and winds will gradually ease and a clearance will slowly extend from the southwest. It says by the afternoon the rain will become confined to the east of the country, with a final clearance from the east coast by evening. Highest temperatures of seven or eight degrees.

It will be a dry and clear night tonight, but cold and frosty with lowest temperatures of minus two to plus one degrees.

Tomorrow will be dry and bright for most of the day. However, rain will spread from the southwest during the late afternoon and it will become wet and windy everywhere by evening.

On Wednesday Met Eireann says the heavy rain overnight will clear in the morning, but then heavy showers will break out across the country during the morning and afternoon. It is expected that the showers will tend to merge to longer spells of rain by the middle of the day with the risk of very heavy rain in thundery downpours.

Met Eireann highlights that over this period severe flooding may occur. Then towards evening the showers will become more isolated but it will get windy and blustery.

There will be some respite on Thursday according to forecasts. It will be a much brighter day with showers frequent over the western half of the country, but the showers staying well scattered on the eastern side. Highest temperatures will be around six or seven degrees.

Met Eireann says there will be a bright and frosty start to the day on Friday. The morning will be generally sunny and dry, but in the afternoon cloud will increase and rain will reach the southwest by the end of the afternoon. During the evening and night the heavy rain extends to all parts of the country.

At this stage forecasts are for a a very showery day on Saturday, with the showers again merging to longer spells of rain and occasional heavy thundery downpours. Met Eirann notes that flooding is again likely to occur. For Sunday it says the showers will be mostly confined to the western half of the country and the eastern side of Ireland will be much drier and brighter.