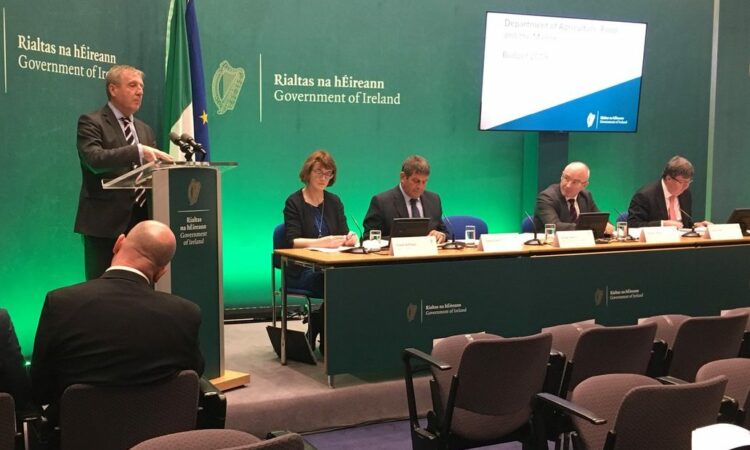 The legislation required to roll-out the ‘Future Growth Loan Scheme’ is not expected to cause any undue delays, according to the Minister for Agriculture, Food and the Marine, Michael Creed.

The minister confirmed that the €25 million secured in Budget 2018 for a low-cost loan scheme will be paid over in terms of developing the €300 million loan scheme announced yesterday (Tuesday, October 9).

He also outlined that, due to the involvement of the European Investment Fund (EIF), legislation is required to get the loan product “up and running”.

Minister Creed believes that the Minister for Business, Enterprise and Innovation, Heather Humphreys, will bring a memo to Government shortly on the matter and he doesn’t foresee any difficulty with the legislation.

But he did explain that, at this stage, it is unclear whether the legislation will form part of the Finance Bill or whether it will be standalone legislation.

Speaking at a press briefing in Dublin today (Wednesday, October 10), the minister said: “This time last year, we stood here in the context of the €25 million that the department was putting into a loan scheme for capital investment. At that stage, I did say that it was our ambition that that product would happen in the second half of 2018.

“I do confess that it has been a more difficult journey that we envisaged; there are a lot of moving parts to it.”

‘Gap in the market’

The introduction of this new scheme will fill “a gap in the market”, Minister Creed added.

The scheme is set to provide long-term, unsecured investment finance for farmers and small-scale companies in the food and seafood sectors.

A minimum borrowing requirement of €50,000 will apply to this loan scheme and the product is set to be available over periods of eight to 10 years – at interest rates likely to be less than 5%.

“It will address what we believe is a deficit in the market already, in so far as it will be longer-term money than what’s generally available,” the minister concluded. 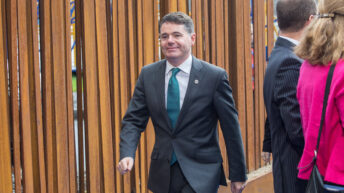 What’s the ‘Future Growth Loan Scheme’ and when will it be available?