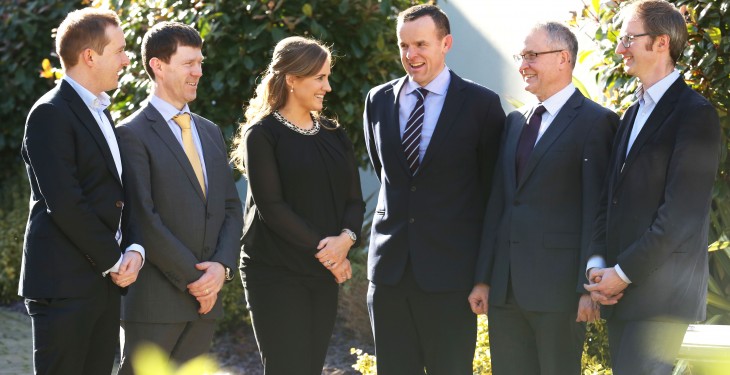 Ireland is well placed to be a world leader in addressing climate change, according to John Muldowney, Agricultural Inspector with the Department of Agriculture, Food and the Marine.

Speaking at the Agricultural Science Association’s (ASA) Climate Change Forum in Tipperary recently, eh said that “by 2050, the planet will need to produce 70% more food with less land, water and energy while also reducing greenhouse gas emissions,” and that he believes “Ireland is well placed to continue showing leadership in the creation of innovative solutions where climate action is at the centre of sustainable food production”.

Muldowney was joined by Oisín Coghlan, Director of Friends of The Earth; Paul Nolan, Computational Scientist at the Irish Centre for High-End Computing; and Pat Murphy, Head of Environmental Knowledge Transfer at Teagasc along with more than 70 delegates.

The forum was held against the backdrop of the unanimous agreement among the 195 nations represented at COP 21 about the urgent need to address climate change with specific targets to keep global warming well below a +2°C rise in temperature compared to pre-industrial times and pursuing efforts to limit this increase to +1.5°C.

As part of this agreement, the EU has committed to reducing greenhouse gas emissions (GHG) by 40% by 2030 and Ireland, as part of the EU, will have its own GHG emissions target to achieve.

Friends of The Earth

Oisín Coghlan, Director of Friends of The Earth focused on COP 21 and the importance of addressing the climate change challenge in all sectors.

He said that the Paris Agreement increases the pressure on Ireland to come up with a credible plan to cut emissions, and as we now face into EU negotiations about how to divide up the emissions budget across the EU, the question is whether the Irish Government will continue to seek exemptions for Irish agriculture placing a heavier burden on other sectors to reduce their emissions, and whether the Commission or other Member States will be in any mood to reward Irish inaction, especially now that we are the fastest growing economy in Europe”.

Computational scientist Dr. Paul Nolan from the Irish Centre for High-End Computing (ICHEC) presented the results from a recently released climate change impact study Ensemble of regional climate model projections for Ireland funded under the EPA research programme and carried out at ICHEC and UCD in conjunction with Met Éireann.

It analyses the impacts of global climate change on the mid-21st-century climate of Ireland and he discussed data of future rainfall, temperature, frequency of storms and growing season length as part of his presentation.

“It is our intention in the near future to set up collaborations with agricultural policy makers and researchers in order to provide more detailed projections on the effects of climate change on the Irish agricultural sector.”

Speaking about up-skilling advisors on environmental needs to help them better inform and prepare farmers to be more climate change aware, Head of Environmental Knowledge Transfer at Teagasc Pat Murphy said: “The success in reducing Irish agriculture emissions will be largely determined by the degree to which agricultural advisors of all types manage to engage farmers to address the problem.

“Therefore, reducing the carbon footprint of Irish Agriculture can only be achieved through an effective combination of increased efficiency at farm level, supportive policy to incentivise mitigation and regulation. The agricultural advisor/consultant has a key role in improving the effectiveness of all three approaches and their efforts will be critical in reducing agricultural emissions.”

According to ASA vice-president Mary Delaney, the purpose of the event was to provide a platform for information sharing and meaningful debate around what is a very important issue for Irish agriculture. “Climate change will have far-reaching, long-term consequences for the Irish agri-food industry,” she said.

“Today provided us with an opportunity to hear four different perspectives on climate change, investigate current research and explore how knowledge transfer can help instigate action. All of the presentations and resulting discussions were centred on hard-hitting facts and projections that affect the industry as a whole as it strives to increase production in line with Food Wise 2025 objectives.

“Changes in weather patterns and pressures to reduce our GHG emissions will have significant implications for our agri-food sector and agricultural science will play an increasingly important role in finding practical solutions to this challenge.”