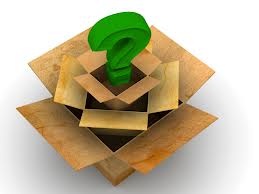 Bord Bia’s sixth update on the packaging innovations for 2013 identifies the latest beverage brands that are using innovative pack formats. On trend at the moment is the large number of innovations occurring in the alcoholic beverage industry and also among the largest soft drink players.

Literally share a Coca-Cola! Coca-Cola continues to invigorate its’ ‘share a Coke’ campaign with a new tin that you literally can share. The can has the same dimensions as a classic 33cl can and can be split into two, creating two smaller cans. This way you can share and drink a Coke with two persons. Pepsi launched a similar idea with its interactive sharing of Pepsi products. Consumers could visit the Pepsi website and buy a Pepsi for their friend, who would then receive a code via text that could be used at their nearest Pepsi vending machine to redeem their gift.

As in line with our Simple Pleasures trend from our Consumer Lifestyle Trends programme, brands are encouraging consumers to share and socialise with others.

Bud Light Platinum is launching a new re-closable aluminium bottle in Las Vegas that will be available at nightclubs and pools throughout the city. Bud Light Platinum is the first beer to be made available in Anheuser-Busch’s new re-closable aluminium bottle. The design features a twist-off cap and provides for a tool-less opening. The new bottle is also more than 50 per cent stronger than a standard aluminium can and helps the beer get colder faster.

Red Robin is mixing things up again with two new beer cocktails available exclusively at Red Robin and served in a limited edition, reusable beer can. Similar to Red Robin’s signature beer milkshakes, these Can-Crafted Cocktails take traditional burger and beer pairings to a whole new level. The 21-and-over beer cocktails are a unique combination of beer and liquor and are available in two styles:

Family-owned Taylors Wines, meanwhile, won the award for Australia’s best white wine bottle for its Promised Land Moscato. Judges noted the bottle sports a number of innovative design features including the use of applied ceramic labelling, which shows the iconic Taylors seahorse, a branded bottleneck and a fresh white screw cap.

Pourable fruit brand launches in Australia
New Zealand based EnzaFoods has launched its FreshFields brand Fast and Fruity product in Australia. The Fast and Fruity range is a pourable, chunky packaged fruit product, which the producer says has “no added sugar, no preservatives, sulphites or sodium and is gluten-free”. The 500g resealable pouch packs come in three flavours: Be-licious Berry & Apple, Golden Peaches with a hint of Vanilla and Sunshine Sweet Tropical fruits. EnzaFoods says the pouch packaging means the product has less syrup, which allows for “more real fruit and less sugar”.