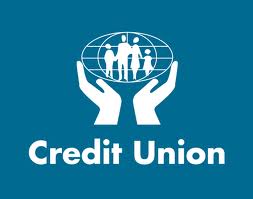 ‘Regressions’ in credit unions across Ireland are to be addressed by the Department of Finance this year with a new levy by December.

The Department of Finance addressed concerns for credit unions during the Oireachtas debate last Tuesday.

In answer to a query from Longford-Westmeath Deputy Robert Troy, the Department outlined the findings of a report from the Commission on Credit Unions.

In response to ‘regressions’ in some credit unions, the Dail heard “a core recommendation was that the sector be restructured on a voluntary, incentivised and time-bound basis in order to allow the credit union sector perform to a greater level of efficiency”.

The Department also outlined the “statutory stabilisation fund be established to address short-term problems at credit unions that are viable but under-capitalised”.

“The statutory basis for stabilisation is in place under the Credit Union and Co-operation with Overseas Regulators Act 2012 and my Department is conducting an analysis in advance of implementation of a levy by the end of 2013,” it added.

The board is working to the timetable set out in the Commission’s report and is expected to complete its work by the end of 2015.

The Oireachtas debate can be found here.