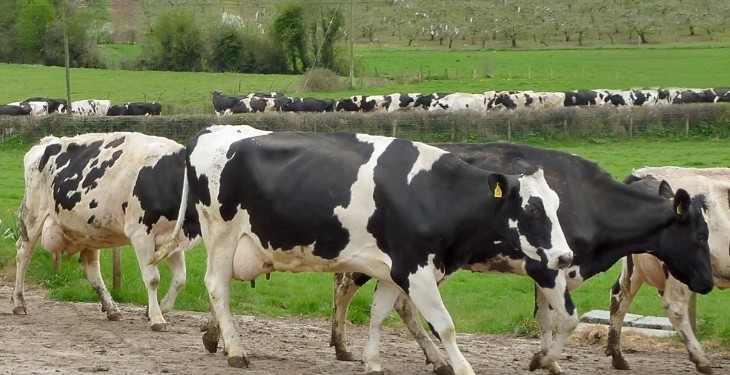 Every step possible is taken to ensure that bulls with genetic defects are not used within Ireland’s dairy and beef industries, according to the National Cattle Breeding Centre’s CEO Bernard Eivers.

He was commenting in the wake of the confirmation by Holstein UK that up to 8% of the British dairy cow population could be carrying a cholesterol deficiency anomaly – HCD – which leads to premature death in affected calves.

“In the past lethal genetic deficiencies, such as BLAD and CBM, were quite easy to deal with, once an effective screening test was developed,” said Eivers.

“But now we are coping with genetic anomalies that can be much more complicated in the way they are actually switched on or defects that only appear later in life.

“There is also some evidence to indicate that the use of genomics, as a means of identifying young breeding sires, along with greater levels of in-breeding within black and white cattle populations are increasing the prospect of these genetic anomalies coming to light.”

Eivers confirmed that the National Cattle Breeding Centre, in conjunction with ICBF, will automatically test for all known lethal genetic anomalies.

“In the GeneIreland programme, along with a calving survey on all test bulls used in Ireland, farmers in the programme are asked to report any defects in the calves. But this will not identify problems that develop in stock that are over 12 months of age.”

Holstein UK has confirmed that research work carried out in Germany initially identified the HCD problem. Calves inherit the undesirable gene from both parents. Affected animals have an increased incidence of loss of appetite and body condition, combined with chronic/prolonged diarrhoea that proves unresponsive to regular medical treatment.

Over a period of months this eventually leads to the death of the affected calves. Examination of blood samples from those has revealed a cholesterol deficiency that prevents normal fat metabolism.

In addition, a combination of genomic and pedigree analysis revealed the prominent North-American sire Maughlin Storm as the likely originator of this new mutation in the Holstein population.

The heavy use of this bull and his offspring across the EU is suspected to have resulted in a widespread distribution of the mutation within the Holstein population worldwide.

Storm was not a popular in Ireland,” said Eivers.

“He may have been used a by a relatively small number of pedigree breeders with the result that the HCD issue should not rear its head to any great extent in this country.

“As soon as a screening test is available it will be used in the Irish breeding programmes to eliminate carriers.”