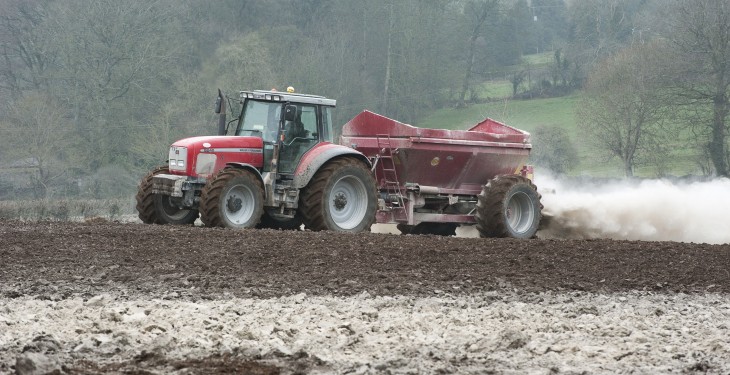 Some 90% of Irish soils are short in one or more of the main soil nutrients, Mark Plunkett of Teagasc told a recent farm walk.

The majority of these farms are either lacking lime, phosphorous (P) or potassium (K) or a combination of the three which is evident from analysed soil tests.

He also told those on the recent Germinal Seeds farm walk that under Irish conditions lime is underutilised, and this is important as it is key for soil mobility and unlocking tied up nutrients, especially P.

“P is one of the most expensive nutrients and in order for it to be available as a fertiliser the pH must range from 6.3-6.5 in mineral soils or 5.5-5.8 in peaty soils,” he said.

A recent study completed at Johnstown Castle demonstrated how critical lime application can be for increasing soil P availability.

A range of contrasting soils types from around Ireland were treated with either fertiliser P, lime or both. After 12 months, the soil test P was measured in each soil and compared to the soil test P level at the start.

This research indicated that there was an increase in the soil test P with both the lime and P fertiliser. The highest increase in soil test P was found when P and lime were both applied to the soil.

However, he added that the results also showed only between 4-31% of the fertiliser P applied was recovered in soil test after 12 months.

These results indicate two things, he said. Firstly, a large proportion of fertiliser P applied can be fixed by the soil and made unavailable after application.

Secondly, lime has a key role to play to reduce this fixation of P and increase its availability for uptake and utilisation by grass and crops.

In order to make P work the acidity must be controlled. Ireland’s high rainfall levels results in high levels of lime leaching which has negative implications for soil pH and nutrient availability, he said.

Having adequate pH and P levels will also result in an increase in the amount of grass grown on farm each year by approximately 3-6t/ha (fresh weight) which is worth noting if considering reseeding due to reduced pasture performance.

Maintaining adequate soil pH will also have benefits in terms of releasing nitrogen, he said, with soils with optimum pH levels releasing an additional 80 kg of nitrogen/ha.

It is important to supply sufficient N, P and K in the first 3-4 weeks for establishing new grass seeds.

Plunkett added that generally speaking reseeds will require a fertiliser such as 0:10:20 or 10:10:20 depending on soil fertility levels.

He also said that it should be applied at sowing time as a freshly available source which is critical for root development and tillering.

“New reseeds don’t require high levels of nitrogen during the first 3-4 weeks of establishment as the soil will supply sufficient N through mineralisation.”

Modern grass varieties are higher yielding and are capable of producing 25-30% more grass each year which requires additional inputs of N, P and K.

“The key to ensuring the longevity and productivity of a reseed is maintaining the soil pH close to the optimum and supplying the correct balance of N, P and K based on recent soil test results,” he said.