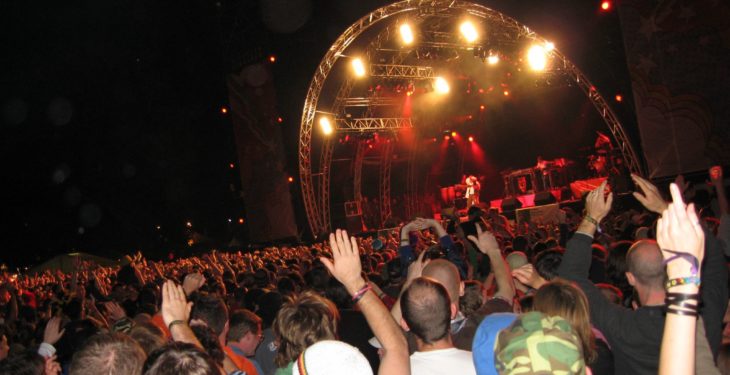 Electric Picnic is held on Cosby's estate each year

The lands at Stradbally Hall, Co. Laois, owned by Electric Picnic host, Thomas Cosby, are featured in a new book this year.

Clair McDonald, a landscape architecture and heritage consultant who is from a farming background in Timahoe, has always been interested in the landscapes of former landed estates.

Cosby, a well-known sheep farmer, lives at Stradbally Hall with his wife Gesa and two children, Richard and Charlotte.

He farms approximately 520ac including around 220ac of forestry. He keeps about 670 Lleyn sheep and also has a livery yard.

After studying for a heritage degree to develop skills beyond landscape design, McDonald – who has her own company, Clair McDonald Landscape – started to examine the idea of cultural landscapes. Of particular interest was the human impact on the landscape and how people have shaped it over time.

“A particular area of interest for me personally is the landscapes of the former landed estate, including the ‘big’ historic houses and demesnes. I undertook an MA in historic house studies with Maynooth University and it was from this MA that the book emerged, being largely based on my thesis. It was at this time that I first contacted Thomas Cosby with my idea for research on Stradbally Hall,” she said.

The book takes in a number of perspectives on 18th century social life on Cosby’s estate and town. Included in these are the tenant farmers who played a significant role in how the landscape, as we know it today, was laid out and developed.

“The 18th century was a time generally in Ireland when industrial and agricultural improvements in rural areas were advanced,” McDonald said.

“The move to improve Stradbally and its environs was driven by Cosbys as landlords, but each sector played a role to ensure noticeable changes and improvements were implemented. The book shows how Stradbally town and wider farmed landscape was significantly developed during this period.

Considerable changes to the physical nature of the landscape were made at the hands of the tenant farmers who worked in response to a level of expectation imposed by the land owner.

“In accordance with best practices of the day, as stipulated by farm leases, farmers and land holders carried out a range of work. They: reclaimed land; planted woods; enclosed property with hedges; built stone houses and permanent farmsteads; and ensured general good husbandry and farm upkeep,” she said.

“Much of this work was done with the aid of the local map-maker and surveyor of lands. The achievements did not go unnoticed and many notable visitors to the area commented upon a ‘tolerable improved country’ and a relative level of wealth, mainly from tillage, but also from ‘pasture walks of great extent.’

The book found how the local economy was reliant on agriculture and industry from the early stages of urban and rural development at Stradbally.

“These sectors were inextricably linked at this time, both serving local economy and landlord alike. Farm leases required farmers to use Cosby’s mills to grind their corn or risk incurring a penalty for use of a public mill.

“Practices nowadays are profoundly different with open markets operating at a global scale, but still the local farmers, while working their own lands, are farming within a physical landscape structure of planned field enclosure that was laid out in accordance with 18th century ‘improvement’ principles,” said McDonald.

‘The Eighteenth century landscape of Stradbally Hall, Co. Laois’, published by FourCourts Press, is available at All Books and Easons, Portlaoise, and online at www.fourcourtspress.ie. 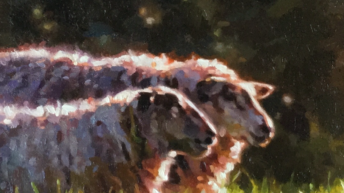