‘There is more land available than young farmers looking for it’

There is more land available to be farmed than there are young farmers to take these opportunities, Austin Finn told a recent Macra na Feirme land mobility conference.

Organised by South Tipperary Macra and South Tipperary IFA, the conference heard that the demand for the service is being driven by land owners, with 43% of enquiries coming from them.

Austin Finn, who runs the Macra established Land Mobility Service said the issue to be addressed now is to coax the younger generation on board to seize these opportunities.

Over 300 farmers attended the seminar in Cahir, where they heard that ‘compatibility is key to success’, and that collaborative arrangements will only prosper between like-minded people with the same visions. As the service facilitator, Austin said he relishes the challenge of match-making these farmers and farming hopefuls into the future.

Statistics from a study carried out by Macra na Feirme in 2013 found there were more farmers over the age of 80 in Ireland than under 35.

According to Austin, the traditional Irish farm structures have been constructively questioned and the concept of collaborative farming into the future is very much a reality now.

Attendees on the night heard that with the abolition of quotas, the structure of a Share-Milking arrangements now legally a possibility, and with the service Austin provides, this and many more farming dreams for those without land or suitable land, can become a reality.

Much of the debate centred around share milking and low profit years, but Austin said 2015 is like any other dairy farm year – you have to plan and be able to survive the bad years and take advantage of the good years. 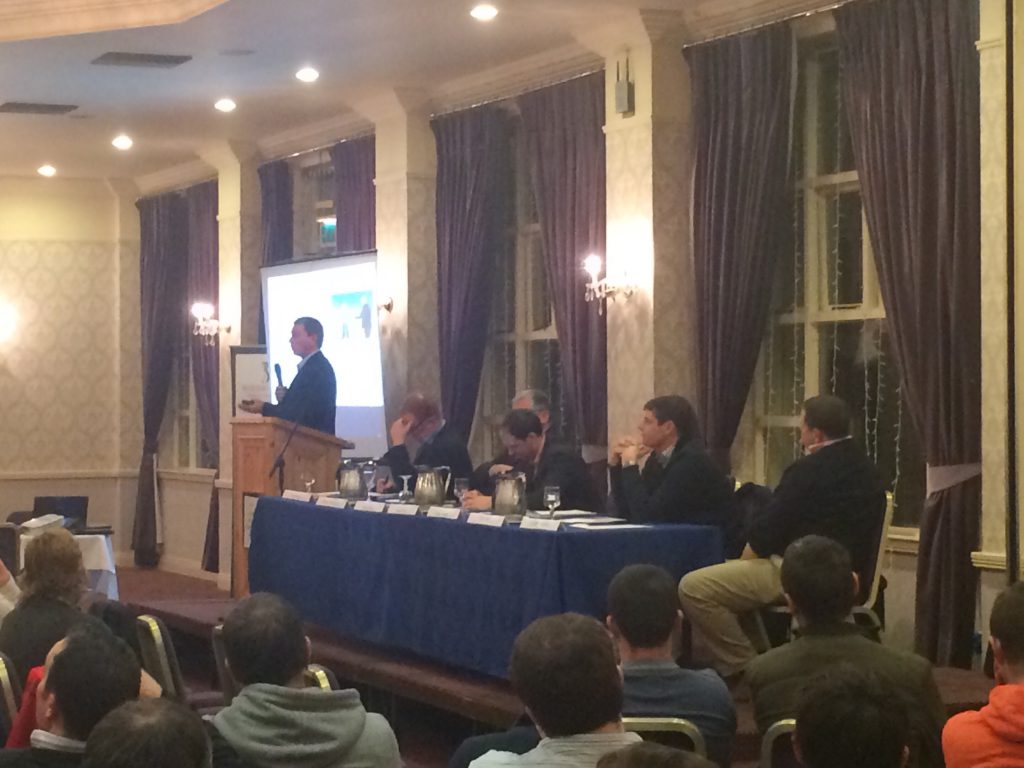