‘Lamb must be included in beef trade missions’ 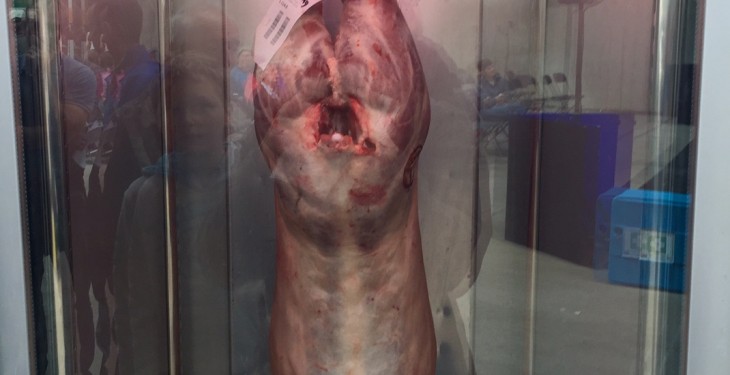 Sheep meat and lamb cannot simply be forgotten about – it needs to be brought in at the same time as beef said John Walsh, General Manager of ICM Camolin speaking at a recent sheep meeting.

“There are 30 destinations for Irish lamb but 42% of our product still ends up in the French market which is typically a volatile and price sensitive market”, he said.

He said that markets such as the UK, Sweden, Germany and Switzerland are becoming the main focus of ICM as they can provide a consistent price and market for 52 weeks of the year.

He also highlighted the potential that the Asian and American markets can play in the future of Irish lamb but he cited the Department of Agriculture’s trade missions as critical for opening these markets.

If the Irish sheep meat industry were to get 5% of the New Zealand exports into China it would grow Irish exports by 16%.

He also said that access to the world market is a complete game changer, the price sensitivity at consumer level in Europe will be mitigated by further access to international markets.

Ireland is the fourth largest exporter of sheep meat in the world and will benefit from the departure of Australia and New Zealand from the domestic European market, he added.

“New Zealand and Australia are withdrawing from the EU in favour of Asian markets.”

Walsh said that ICM and other plants are lobbing the Department of Agriculture to include Irish lamb in trade missions to America and China.

“It is important that we don’t miss the opportunity when Irish agriculture is viewed in such a positive light across the world – sheep meat should be brought in with beef.

“The policy of beef first and lamb to follow simply doesn’t work for the sheep meat sector at the moment.”

America is an interesting market for Irish lamb and five of the key locations for lamb consumption are all based on the east coast.

Walsh also said the model in ICM has changed over the last few years, with now a greater focus on further processing.

Previously 80-90% of the product leaving ICM was leaving as hanging carcasses but this has completely reversed with 80% leaving in boxes and 20% as carcass sales.

“The model of slaughtering a lamb and sending out a carcass is effectively a dead business .The future is really in the boxed product,” he said.

He admitted that the consumer is looking for convenience and they just want to take it out of the pack and put it in the oven.

“Irish sheep meat exports as a whole show that the carcass market is completely declining while the value added is on the rise.”