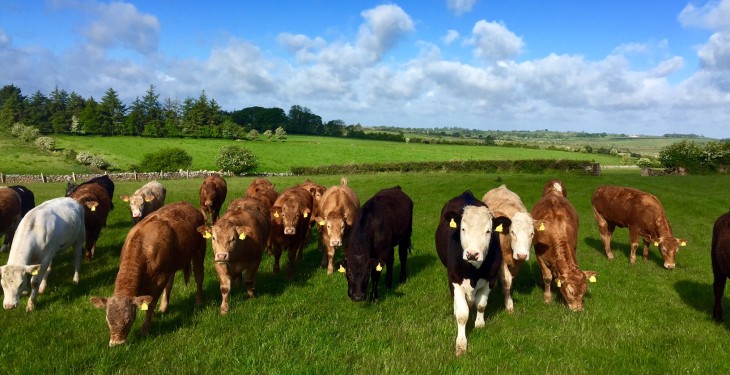 The price differential between lamb and beef has continued to narrow this week and Irish lamb and beef prices have almost converged.

A mere 10c/kg difference now exists. The current Irish base price for heifers is 435-440c/kg while spring lamb is expected to remain unchanged at a base price of 450c/kg.

Indications from ICM Camolin and Kepak Athleague suggest that lamb will remain at 450c/kg. This will come to the relief of many sheep farmers.

According to the IFA strong demand from the UK and the ever strengthening Sterling has seen UK beef prices jump 5p/kg resulting in increased demand for Irish beef.

Lamb prices in Northern Ireland are coming under increased pressure. The Livestock and Meat Commision (LMC)  says spring lamb will fall in the region or 10-24p/kg next week, with early quotes suggesting a price of 300-310p/kg or the equivalent of 422-436c/kg.

The AHDB, the organisation for the English beef and sheep industry says UK lamb is also facing major difficulties, with 27p/kg docked off the price over the last week as a result of increased seasonal production to a base price of 385p/kg.

“The price cuts imposed have imposed severe difficulties on producers and left them angry and frustrated.”

IFA president Eddie Downey urged the factories to implement a positive change when speaking at the Meat Industry Ireland (MII) delegation. He said that factories must avoid further price cuts in a sheep industry reeling from recent price cuts.