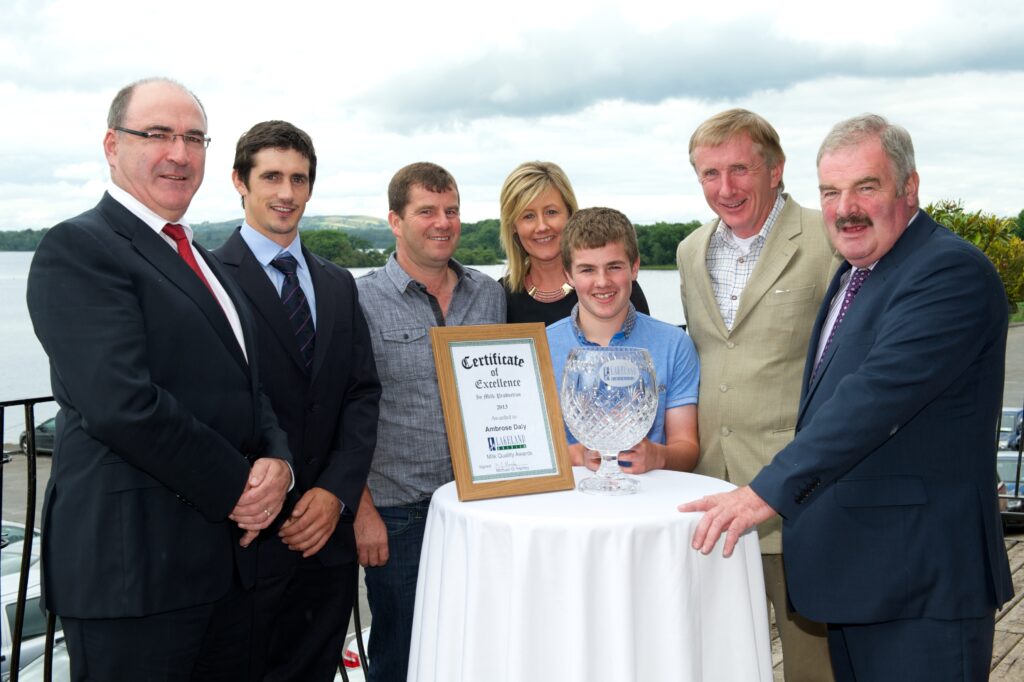 Coming up with new and innovative foods is very important, but ensuring that all of the required traceability procedures and processes are in place is an even greater priority for the dairy sector and the food industry generally, according to Professor Paddy Wall.

He was speaking at the Lakeland Dairies Milk Quality Awards, where dairy farmers from both sides of the border won top honours for milk produced on their farms.

The awards were presented by Professor Pat Wall, of University College Dublin’s School of Public Health and Population Science, together with Lakeland Dairies Chairman Padraig Young and Chief Executive, Michael Hanley. The winners were:

• In the category for New Entrants to Dairy Farming, Noel Kennedy of Collinstown, Co. Westmeath won this award for exceptional milk quality.

Congratulating the winners, Professor Wall said: “With a growing global population, farmers will be expected to produce more food, more sustainably and at a price which consumers can afford. Consumers are also increasingly health conscious and this extends to their perceptions of food and the companies and countries who are producing their food.

“Ireland’s dairy industry has a very positive image worldwide. We must do everything possible to strengthen this further. We need to realise that farmers and Ireland’s dairy and food industry are effectively in the international health business. Dairy has a major role to play in health based nutrition, from childhood to older life. We need to communicate that effectively and we must also be prepared to challenge any negative stereotypes of dairy with fact based marketing of our high quality foods.”