Shareholders at LacPatrick Dairies have voted in favour of merging with Lakeland Dairies – which would create the second-largest dairy processor in the country.

The vote was reached today (Tuesday, October 23) after a larger-than-expected turnout at a Special General Meeting (SGM) – held by LacPatrick Dairies in Cookstown, Co. Tyrone.

The motion to merge was strongly backed with 95.99% supporting the proposed merger.

At the SGM shareholders voted on three resolutions including: the approval of the merger; the proportional breakdowns of the new society, proposed to be split at Lakeland 73% LacPatrick 27%; and the issuing of bonus shares.

Advertisement
The registered name of the new co-operative will be Lakeland Dairies Co-Operative Society Limited.

A new set of rules for the new society will also be brought in, pending approval from members. The new rules will be based on existing Lakeland rules with some modifications to allow alignment between the two broadly similar rule sets.

The decision follows months of meetings, deliberations and consultations between both entities and their respective shareholders and suppliers in a bid to communicate the strategic benefits of the then proposed merger with a specific focus on highlighting operational efficiencies, market access, Brexit assurances that could be achieved.

The combined size of the two co-ops to a globally-competitive scale, product diversification and enhanced flexibility and sustainability through reduced volatility risks were also key points made by both sides. 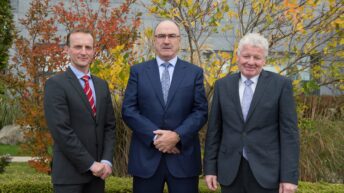