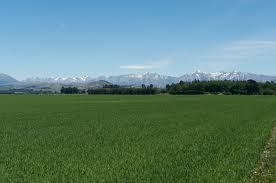 Soils are drying out fast around New Zealand according to dairy industry body DairyNZ.

The majority of New Zealand’s North Island and the eastern regions of the South island have soil moisture levels significantly lower than normal according to data from the National Institute of Weather and Atmospheric Research.

The regions affected are home to around 84% of the country’s dairy cows.

General Manager of extension, Craig McBeth, says DairyNZ is closely monitoring the soil moisture and feed levels in all regions in case it needs to quickly ramp up support for farmers having a dry summer coming on top of a low seasonal milk price.

“It is already severely dry in parts of Canterbury and North Otago and farmers there are facing serious measures with some irrigation restrictions now in place.

“The south of the Wairarapa is also very dry. The soil moisture data is also showing us that the rest of the country is on the brink of heading into dryer than average soil moisture conditions.

“We need to see some rain soon to reduce the risk of a normal dry summer turning into something more serious,” he says.

“While we know it could get very dry, very fast, it’s a positive story in terms of feed supply. It’s pretty green out there on many farms because we had great grass growth in November and December and into January in some parts. Recently, it’s also been great growing conditions for maize.

“In most regions, farmers have already made and stored a lot of supplementary feed like hay, grass silage and baleage. There’s no shortage of feed around at present on-farm or in storage, in most parts of the country. In Taranaki there’s probably a surplus of supplementary feed. On the other hand Southland farmers have struggled to grow and harvest surplus feed due to an extended period of very wet conditions through late winter and spring.

“The good news is there will be plenty of feed to get farmers through dry conditions if we don’t get rain. However, the issue may be a lack of cash around to pay for it if farmers have to buy it in or cover the cost of transporting the feed to where it is most needed,” he says.

“The low forecast milk price is already putting pressure on farmers’ budgets for this season.”

Mr McBeth says farmers have learnt a lot through past droughts and have plenty of techniques for managing the supply of feed to their cows to keep up with the demands of keeping them in good condition.