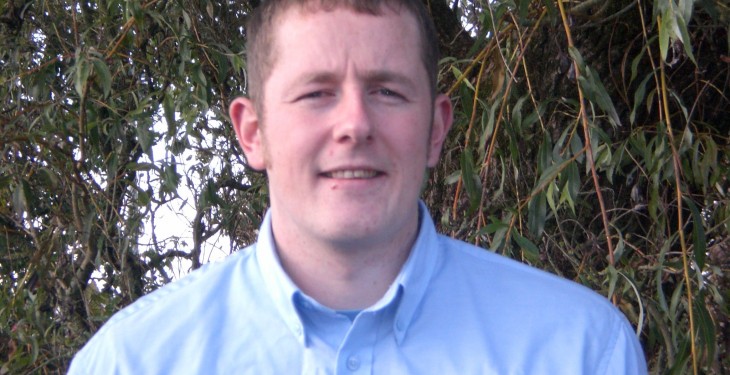 Last month ABS Ireland sent its first shipment of AI straws from their grassland programme to New Zealand farmers . Ciaran O’Shea, dairy product specialist, noted: “The sires in this first historic shipment are Radney Rock and Hanrahan Victorious, which were both bred in County Cork where ABS Ireland have their headquarters.”

Rock was bred by Henry O’Keeffe, Knockailla, Freemount, Charleville. While Hanrahan Victorious was bred by Eddie and Matthew Hanrahan, Corracunna, Mitchelstown. Both of these Cork breeders are well-known  members of the Irish Holstein Friesian Association (IHFA).

Henry O’Keeffe like most milk producers has a spring calving herd. The Radney Holstein herd was established in 1987. Henry milks around 70 cows, average yield is 8,500 Kgs at 4.2 per cent butterfat and 3.63 per cent protein. Milk is supplied to Kerry Co-op.

Several of their cows have won IHFA Diamond awards for specific cows which have yielded 3,000 kgs of protein in their lifetime and are classiﬁed EX. The family has also won several awards with the Cork Holstein Friesian club and for milk quality.

The Hanrahan Holstein herd was established in 1995. They milk around 50 cows, average yield is 6490 milk kgs at 4.0  per cent butterfat and 3.4 per cent protein. Milk from this spring calving herd is supplied to Dairygold Co-op. Most of the herd is home bred with several pedigree lines (including the Hanrahan Victorious line) being totally home bred and most cows are classified as VG or better.

According to O’Shea: “Both these bulls were selected for the ABS Ireland Grassland Programme because they met our specific breeding criteria which include easy care and long life cows. This means their progeny must excel among herd mates for production, fertility and longevity in a grass based system without any preferential treatment. I like a cow to calve each year and produce high levels of solids with a good balance of milk.”

Andrew Rutter, ABS European Sire Analyst stated: “Our sires must come from a proven cow family, this helps us ensure that we can export their semen worldwide. This is the first shipment to New Zealand and we are really excited at the potential for more Irish sires to be sold in many other countries with significant grassland based systems such as Australia, Britain, Chile and South Africa. Indeed other markets are also making enquiries.”

Rock and Victorious are being distributed through Samen NZ Ltd a large independent semen distributor in New Zealand. Both these popular sires are also available to farmers in Ireland and in Britain as conventional and sexed semen. ABS started selling sexed semen in January 2007, has excellent expertise in this area and the ABS group are a world leader for beef cattle and dairy semen supplies.

O’Shea concluded: “As we enter 2014, we will  purchase as many high ranking EBI calves as possible from Irish pedigree breeders , so we can continue to increase the size our of Irish programme  and  increase  semen exports worldwide to  livestock farmers using grassland production systems.”

Pictured: Ciaran O Shea, Dairy Product Specialist with ABS Ireland is an agricultural graduate from University College Dublin. He spoke recently to a group of grassland farmers in Cheshire, England, about the merits of ABS Ireland genetics for their grassland systems