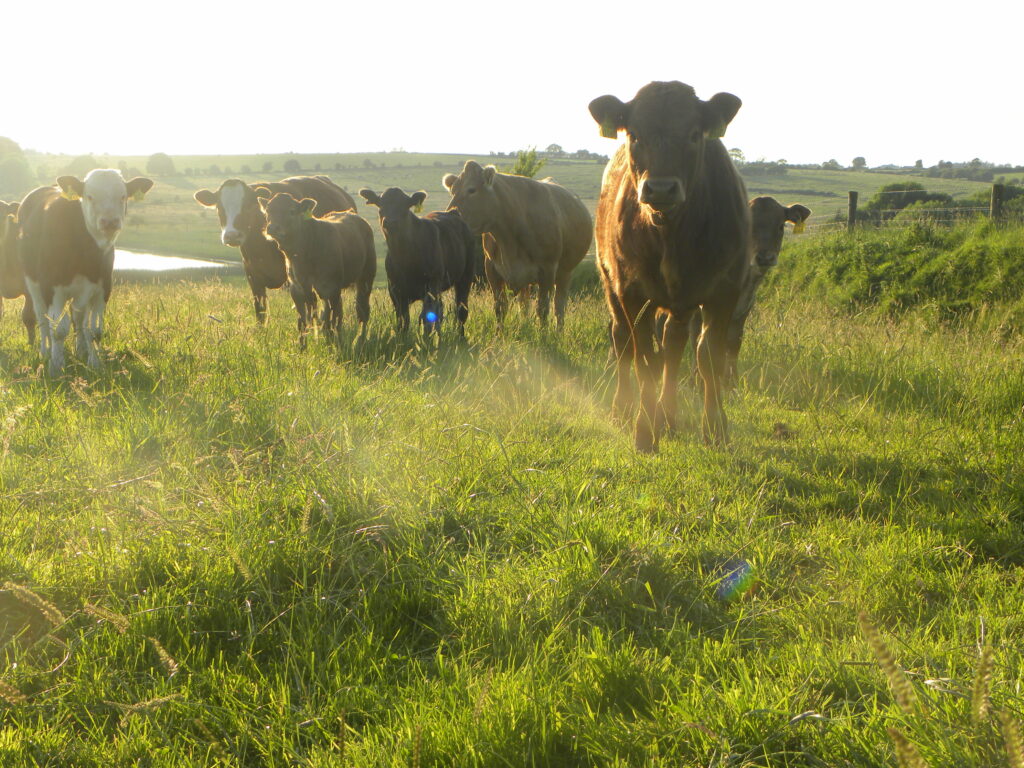 July is a key month to access the performance of your suckler herd, according to Pat McCambridge of the College of Agriculture, Food and Rural Enterprise (CAFRE).

He said: “Monitor the performance of spring-born calves. Average growth rates should be at least 1.0 kg liveweight per day for all calves. Identify cows for culling with poor milk supply and poor calf growth rates.”

McCambridge noted that for improved productivity it is important to check calving date records against noted service dates. He said: “To maintain a tight calving pattern cows should be back in calf within 12 weeks (80 days) of calving. Late calving cows within a spring calving herd will leave a lower return and a more complicated management system. If you want the last of your spring calving cows calved by the end of April, you will need to remove the bull from the herd by 20 July. Continue to monitor for any return heats and PD the herd eight weeks after the last recorded service. Keep cows well grazed during July to maximise conception rates.”

McCambridge commented that if farmers are planning to sell suckled calves at the October sales, now is the time to select calves for creep feeding from early August (calves over 200kg will give the best response). He advised: “Trough feed a 16% crude protein meal using a creep gate between fields. The benefits are improved liveweight gains and heavier calves at sale, along with reduced stress at weaning.”

McCambridge noted that with the first cut now ensiled on most beef farms and heavy yields reported, it is time to re-assess silage needs for next winter.

He said: “If still likely to be short of silage, consider closing off more of the grazing areas, along with a second cut and increasing the stocking rates on grazing swards with more nitrogen fertiliser applied.

“An extra fertiliser dressing during the grazing season is always cheaper than purchasing forage and concentrates next spring. Even if fodder stores are full resist the temptation to cut back on grass production. Extra silage or hay can be stored for the future or can be sold as a cash crop.”