Newry Show has a new home 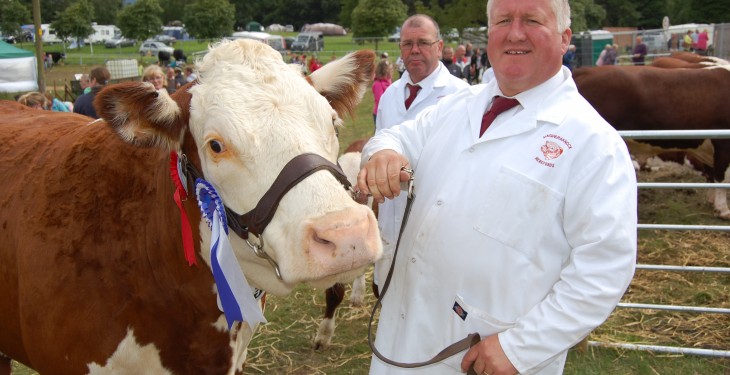 A combination of tremendous weather and, no doubt, the use of a new venue on the Hilltown Road attracted very large numbers of people to last Saturday’s Newry Show.

“We have had a tremendous day,” said Show Society President John Fegan. “This is just what the doctor ordered. The new site has everything, ample parking and all the facilities we need to host an event which meets the needs of exhibitors and the public in equal measure. The response from the general public today has been tremendous.

“The new site is allowing us to attract more people from the East Down area while still maintaining the support of the public from the Co. Armagh side of the town.  We are in discussions with both the Rugby Club and the Council with the aim of securing this site as the long term home for Newry Show.”

Also clocking up a ‘first’ for 2014 at this year’s Newry Show were the members of the Bell family, from Castlewellan. Their day culminated in them winning the Sheep Inter Breed Championship with a very impressive Texel shearling ewe. It was her first outing of the season.

“She is home bred and sired by the renowned tip Ballydesland Tony,” Johnny Bell explained.“Our Kiltariff flock comprises 40 ewes. The shearling that won today is out of our best female line. So we may well flush her later in the summer before putting her in lamb. Next up is Castlewellan show in a fortnight’s time.”

Meanwhile, the Beef Inter-Breed championship came down to a ‘shoot out’ between two exemplary British Blonde cows with their calves at foot. But at the end of the day it was the McElroy family, from Dromore in Co Down, who received the nod from the Inter Breed Beef Championship judge Robert Johnston. This was the third consecutive week in which their third calver, Ivaniskey Denise, had secured an inter-breed title in a show season that is shaping up to be one of the most competitive in living memory.

“Thankfully, she managed to catch the eye of the judges at Lurgan, Saintfield and now Newry,” William McElroy said.

“Our plan now is to take her to Castlewellan in a fortnight’s time. So we will see how she gets on there. Denise is currently in calf to the very exciting French bull Tino. There is a growing interest in Simmental cattle at the present time. The breed has tremendous beefing characteristics as well having an excellent temperament”

Robert Johnston described Denise as an almost perfect example of the Blonde breed. “She has tremendous length and plenty of beef in all the right places. And the fact that she is in-calf again for the fourth time means that the cow also has tremendous breeding potential.

“The runner-up is also an excellent example of the Blonde breed. However, she is a calved heifer and, no doubt, has a lot more growing to do.”