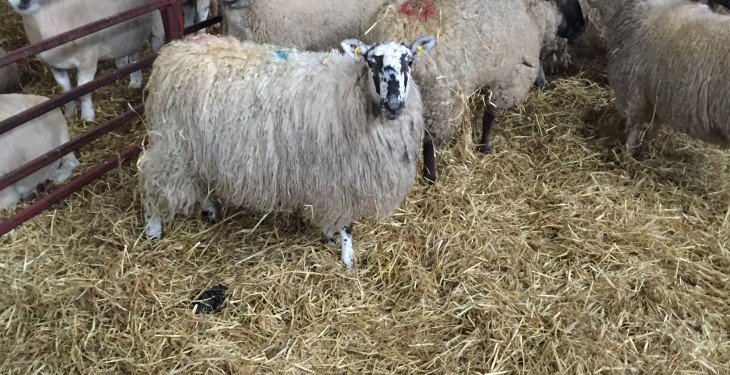 Increasing the number of lambs sold per hectare will have a big impact on profitability of a mid-season sheep flock, recent research from Teagasc has shown.

Teagasc PhD student Alan Bohan will discuss the optimum stocking rates and prolificacy of sheep farms and how these factors impact on profitability at the Teagasc National Sheep Conference which takes place this week.

He compared the profitability of three sheep enterprises with various stocking rates and levels of the number of lambs per ewe.

This is linked directly to profit, which in the modeled experiment is €565/ha higher in the high output system compared to the low output system.

Animal genetics are a powerful tool that sheep farmers can use to improve the profitability of their businesses, the importance of genetics will also be discussed at the conference.

Farmers will be shown how to use Sheep Ireland euro-star indexes, which were introduced as a tool for the selection of breeding animals.

The genetic indexes aim to identify a low-cost, easy care sheep with good maternal characteristics, but that also produces a good quality lamb that reaches slaughter at an early age.

Teagasc’s Noirin McHugh will also discuss the progress of the INZAC flock which consists of 180 ewes from both the Texel and Suffolk breeds.

This flock represents the top genetic merit animals in the Irish and New Zealand maternal indexes, which will allow for benchmarking of elite Irish genetics compared to elite New Zealand genetics.

Flock health is another important issue that will be discussed on both nights.

Veterinary Surgeon William Fitzgerald will discuss the importance of vaccination against Clostridia and Pasteurella and how it can become quite costly if these programmes are not carried out properly.

Diana Fairclough and Ben Anthony will discuss how they have applied genetics, health and stocking rate to make their growing sheep enterprise more efficient.

The couple, who farm in Wales have almost doubled ewe numbers in recent years, with the flock increasing from 300 to 570 ewes.

The Wales-based farmers will also explain there decision to change ewe type from the traditional Suffolk and Texel cross ewe to a more prolific composite breed.

They will also discuss how they have improved the profitability of their sheep enterprise through reducing lamb mortality – with lamb losses falling from 16.7% in 2012 to 3.9% in 2015.

The Teagasc National Sheep Conference which will take place in two locations: