Kepak commits to ‘steady the trade’ following talks with ICSA 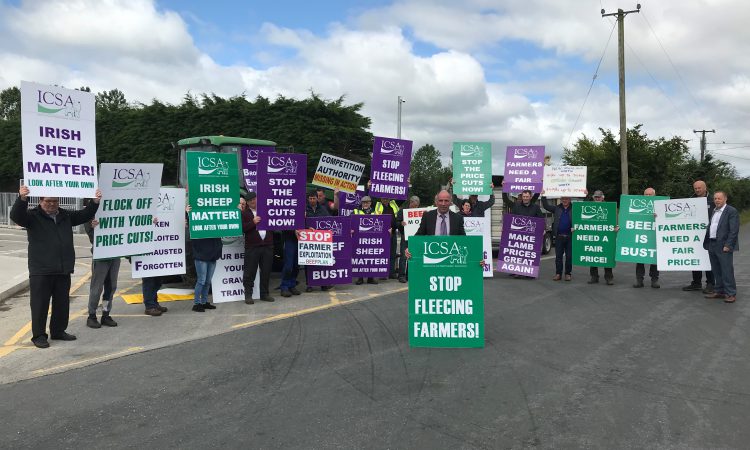 Kepak has told the Irish Cattle and Sheep Farmers’ Association (ICSA) at a meeting that they will “steady the trade” on lambs.

The meeting took place between representatives from Kepak and the ICSA yesterday, Thursday, July 4.

The meeting was arranged following a protest mounted by members of the farm lobby group and led by its sheep chairman Sean McNamara.

McNamara highlighted that “tough negotiations” took place and said there was “not much leeway with them”.

However, he noted that the ICSA negotiators “held hard too and threatened to go back again”.

“We weren’t afraid of them,” McNamara added.

They seem to be steadying around the base price of €5.00/kg. They’re not moving back.

“They said that they’d steady the trade and gave a commitment that no farmers would kill lambs at Kepak without knowing the price they were going to get in advance.”

The ICSA sheep chairman explained that there were farmers going in and getting no quotes. “They didn’t know what they were going to get before they went in.”

The ICSA began protesting against the current price conditions for lamb on Sunday, June 30. Other farm organisations also joined the protest at different times, which continued overnight into Monday.

The protest was run through the night and was called off the following day after discussions between Kepak Athleague management and ICSA members took place. 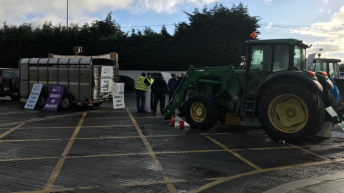