Host of the Glastonbury Festival Michael Eavis from Somerset was the winner of this year’s NMR/RABDF Gold Cup announced last week at the Livestock Show 2014 held at the NEC in Birmingham.

The 385-cow Holstein Friesian herd, on his 230ha farm is managed by John and Pam Taylor with the help of four dairy staff. Regular meetings with Michael are used to monitor progress, set targets and develop new ideas.

Judges described the unit as unique in its building layout and exceptional in the attention to detail while the highest standards of cow health and welfare are met. The cows are averaging 12,101kg of milk at 3.96% fat and 3.11% protein on twice a day milking. The somatic cell count is 173,000/ml and the calving interval is 398 days.

Michael Eavis has been a long time Keenan customer and purchased a Mech-fiber 320 BaleBlend mixer wagon in February of this year to complement the existing Mech-fiber 400 model already on the farm. With this bale chopping technology big round or square bales are chopped and incorporated into the ration in minutes. 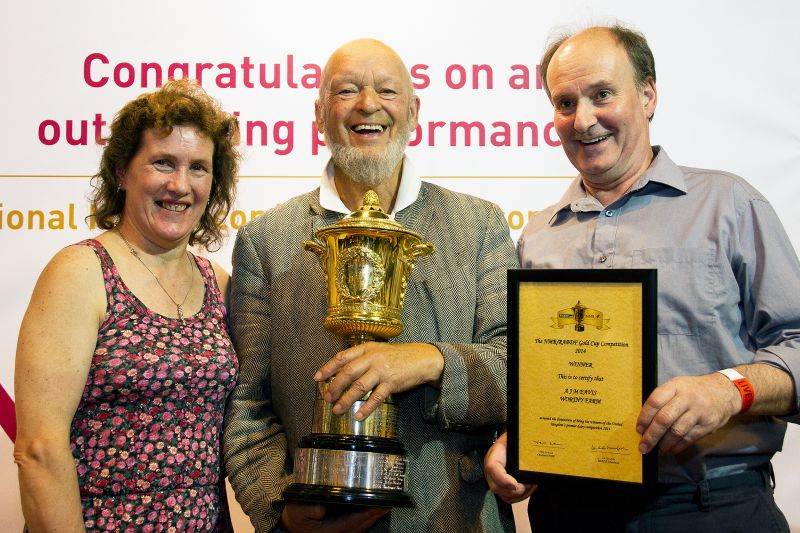 This is the third year in a row that a Keenan customer has won the NMR/RABF Gold Cup so Noel Keenan, UK Director for Keenan was delighted with the continued success of Keenan owners in the competition.

The Keenan stand was busy at the show with lots of interest in the inTouch* system. According to Noel “today we have the world’s largest feed efficiency database of over 10,000 dairy farms in 25 countries and we are helping our customers to produce more milk and to achieve higher liveweight gains using less feed”.

With increasing herd size, farmers visiting the stand were looking at investing in bigger mixer wagons to feed stock quicker as well as using the PACE Connect system to reduce feed costs and to improve livestock performance.