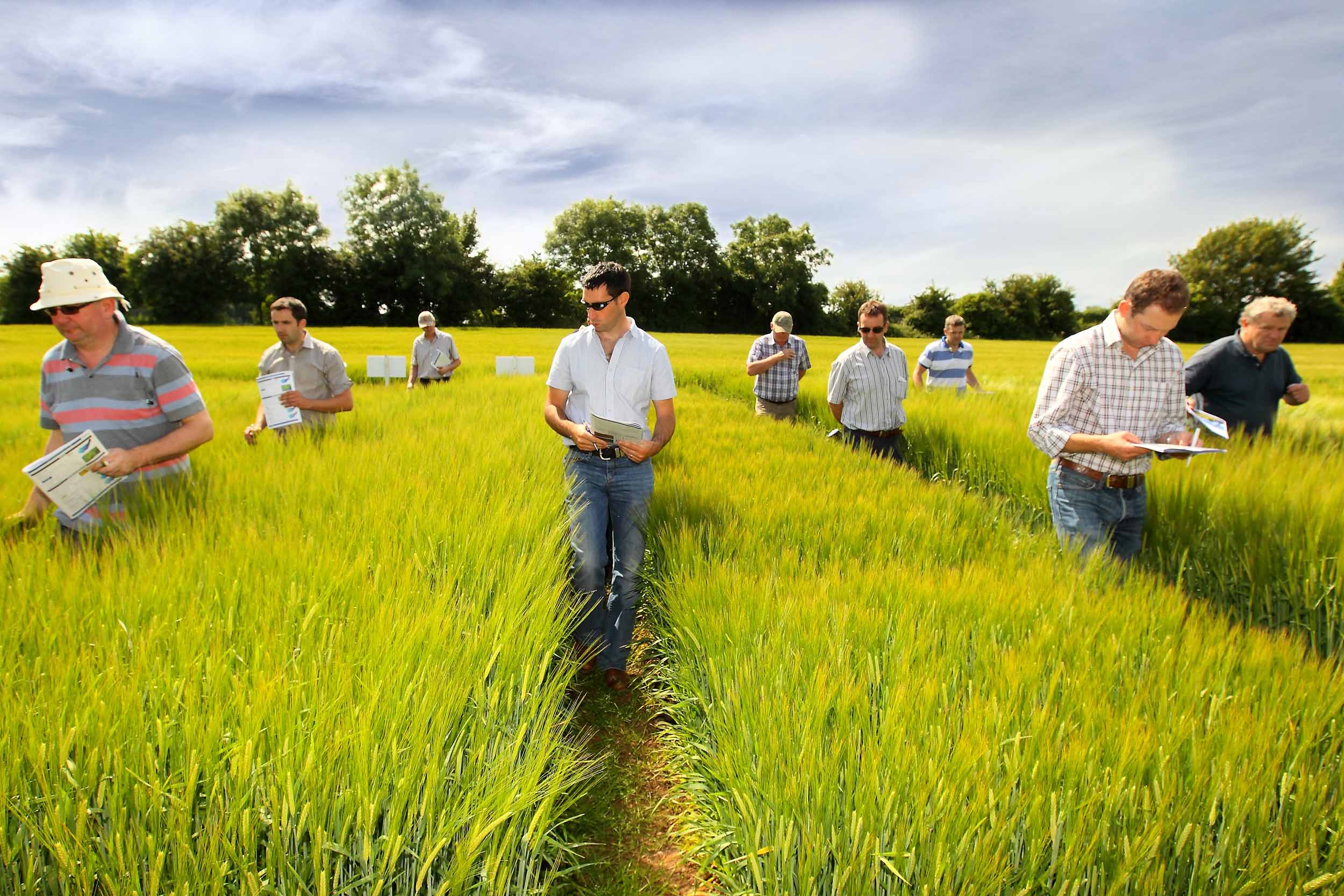 With the continued expansion in the national acreage of winter barley, visitors at the recent Seedtech Cereal Trials Open Day were especially keen to view the commercial plots of the latest varieties of Hybrid winter barley.

Visitors had the opportunity to view 900 varieties in 2,300 plots across a wide range of crops at one of Ireland’s largest independent trialling systems.

A highlight on the day was the current highest yielding barley on the Irish Recommended List – Volume. According to Seedtech volume offers all the positives expected from a Hybrid barley and also offers superior yield with excellent grain quality.

Quadra is the new hybrid winter barley that will be available in autumn 2014 and this variety looked impressive in all its plots. Leibniz the conventional six-row winter barley is still proving to be a firm favourite with winter barley growers.

The varieties of winter Oilseed Rape in trial included Flash and Compass which Seedtech says have proven to be the top two consistent yielding varieties in the Department of Agriculture Recommended List trials and very well suited to Irish growing conditions. The importance of growing varieties that are tried and tested by the Department of Agriculture in Ireland such as Flash and Compass was agreed by all in attendance as it was only two years since there was a severe lodging problem in some varieties not in the official testing regime. 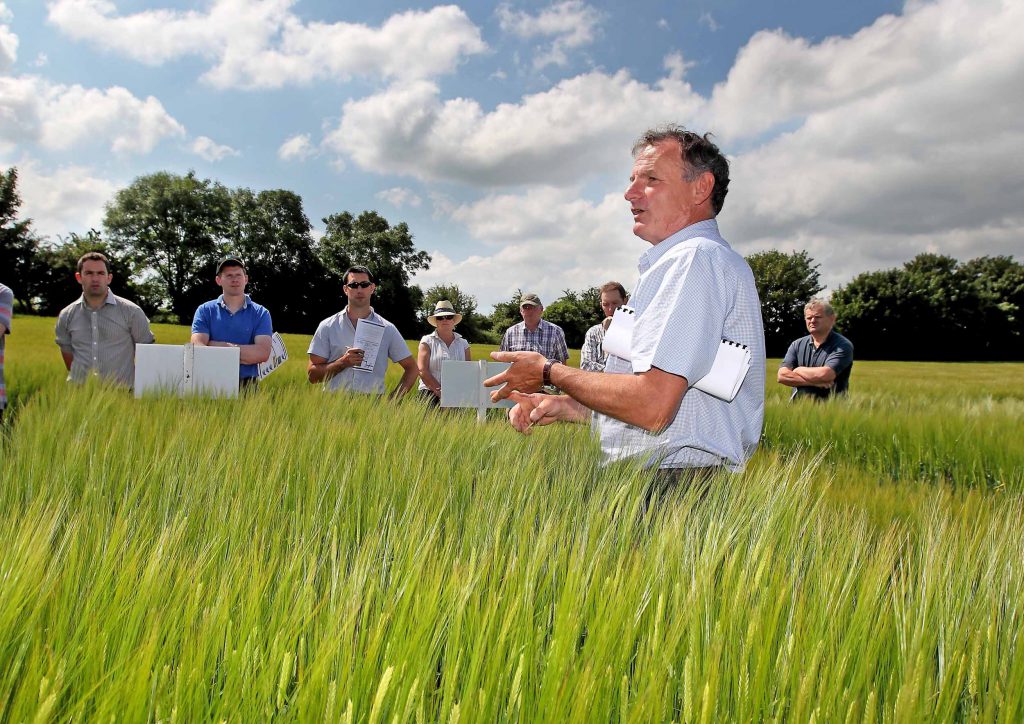 Seedtech Trials Manager, Patsy Kehoe introduced visitors to Seedtech’s potential new winter wheat varieties which have been picked from a special screening trial set up a number of years ago to find new high yielding wheat varieties, with highly desirable disease resistant characteristics that will improve net margins for growers, Dunmore being one of these varieties. Particular interest was shown to the new very high-yielding winter wheat variety Leeds.

The importance of break crops was highlighted at the spring beans plots as was the potential to sow protein crops. Varieties and crop management of spring beans lead to informative discussion on the merits of growing Ireland’s biggest selling bean variety Fuego and the potential newcomer Fanfare.

Special attention was given to the new and upcoming spring barley varieties and for many people it was a first look at these promising dual purpose varieties, KWS Irina and Sanette. Mickle a very suitable high yielding feed barley, has good resistance to rhyncho, offers excellent straw characteristics and very good KpH. Also on show was another new high yielding barley variety Shada which looks a very promising variety for 2015. Propino continues to be the most popular spring barley variety in the market place and will still be a major player in spring 2015.

On view was the market leader Husky oat, suitable for spring and winter sowing. Husky is still the variety of choice for most growers combining high yield and excellent quality.

IFA pay rises to go ahead as planned