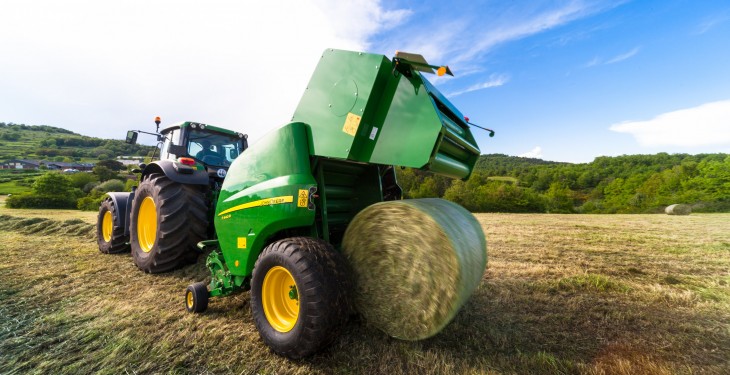 John Deere is predicting a drop in worldwide sales of agriculture and turf equipment of 20% next year, and 10% in EU, due to weaker conditions in the global farm economy.

It is forecasting that 2015 industry sales in the EU28 will be down about 10% due to lower crop prices and farm incomes as well as potential pressure on the dairy sector.

It comes as John Deere announced Q4 earnings of $649m, and full-year earnings of $3.162 billion, the company’s second-highest annual total.

“John Deere has completed another year of solid performance in spite of weaker conditions in the global farm sector, which caused sales and earnings to decline from the record totals of 2013,” said Samuel R. Allen, Chairman and Chief Executive Officer.

He said the slowdown has been most pronounced in the sale of large farm machinery, including many of the company’s most profitable models.

Net sales of the worldwide equipment operations declined 7% for the quarter and decreased 6% for the year compared with the same periods in 2013.

The company predicts equipment sales to decrease about 15% for fiscal 2015 and to be down about 21% for the first quarter compared with year-ago periods.

“Even with a significant decline in sales and a continued pullback in the global agricultural sector, John Deere expects to remain solidly profitable in 2015,” Allen said.

“Global trends based on population growth and rising living standards remain intact and are largely unaffected by periodic swings in the farm economy.”