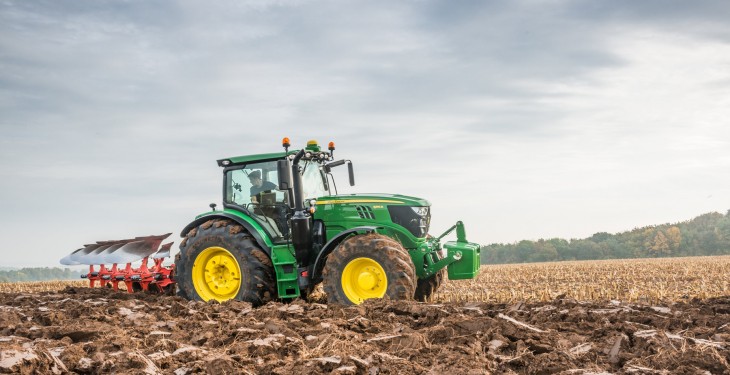 John Deere is expanding its range of mid-size 6R and 6M Series tractors, which it says will offer reduced operating costs as well as improved manoeuvrability and enhanced operator comforts.

A total of 14 new four-cylinder and large frame six-cylinder models with Stage IV engines from 110 to 195hp will replace the current Stage IIIB compliant models from the end of this year, the company says.

The new range will be available from November 2015 (6R) and spring 2016 (6M) respectively, and these new full-frame tractors also feature a wide range of transmissions and up to six SCVs, as well as a premium front hitch option.

All new 6R Series tractors are equipped with John Deere’s intelligent power management system (IPM), it says, which adds 20 to 30hp on the four-cylinder models and 40hp on the six-cylinder versions.

John Deere says these are designed to keep running costs at low levels and provide maximum response to load changes.

Depending on the model, John Deere says that the 6R Series tractors are available with the proven Powrquad Plus powershift or Autoquad Plus/Autoquad Plus Ecoshift transmissions, the Autopowr continuously variable transmission or the advanced Directdrive double-clutch transmission.

Models from 110 to 155hp in this range will also be available with an optional creeper transmission to meet the needs of specialist crop producers, it says. 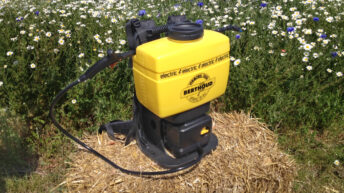 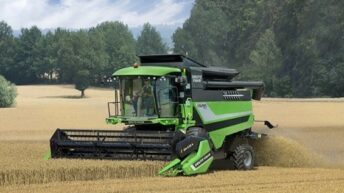